✕
✕
Your rating
Note: Click on the rating number you want to give for this movie.
BollywoodMDB
⟩
Bollywood News & Adda
⟩
Shilpa Shetty remembers the time when her mother called her ‘nikammi’ and ‘absolutely useless’

Shilpa Shetty, who will next be seen in Nikamma, said that after seeing her exam results, her mother called her ‘nikammi’.

Shilpa Shetty is gearing up for her upcoming film, Nikamma. Directed by Sabbir Khan, the film also stars Abhimanyu Dasani and Shirley Setia in prominent parts. While promoting the film, Shilpa Shetty talked about being called a 'nikammi' in a recent interview.

In the action-comedy, the actress plays Agni, a superhero. Agni transforms Abhimanyu's lazy persona into a responsible man.

When asked if her father Surendra Shetty or mother Sunanda Shetty had ever called her 'nikammi,' Shilpa replied it was her mother who lost her temper after seeing her prelims report, calling her ‘absolutely worthless’ and ‘nikammi’.

The Baazigar (1993) actress said, "It happened to me when my mom saw my prelims report just before my SSC examination. I had scored some 48 percent, which was disgraceful. I was a volleyball player. I was more into extracurricular activities and I was selected for the Bombay zone as a volleyball player. But when my mom saw my result, she bawled for the first time. She said you're going to be absolutely useless, worthless, and nikammi."

On the work front, Shilpa Shetty was last seen in Hungama 2 (2021) alongside Paresh Rawal. She is now preparing for her upcoming release, Nikamma. The film is an official remake of Natural Star Nani's Telugu blockbuster MCA - Middle Class Abbayi (2017). 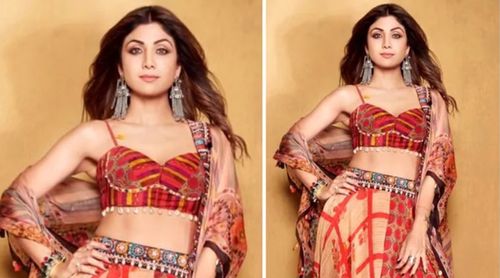