✕
✕
Your rating
Note: Click on the rating number you want to give for this movie.
BollywoodMDB
⟩
Bollywood News & Adda
⟩
Sonu Sood calls Shah Rukh Khan his ‘best bud’ in the film industry saying he is a good listener

Sonu Sood recently revealed in an interview that Shah Rukh Khan is his dearest friend in the film industry. They collaborated on Farah Khan's Happy New Year.

Sonu Sood, an actor, and philanthropist is set to host Roadies Season 18 on television. Sonu, who did appear in films in a variety of regional languages as well as Hindi cinema, recently revealed that Shah Rukh Khan is his closest industry friend.

While talking in an interview Sonu Sood spoke about Shah Rukh Khan, he said “I feel I have a great bonding with Shah Rukh. I think he’s a great listener. During Happy New Year days, we spent a lot of time together. He really takes care of you as an elder brother, as a producer and I think I bond with him well.”

Sonu then recalled an incident from the film Happy New Year, starring Abhishek Bachchan and Deepika Padukone. Sonu revealed that the film was shot in many different locations around the world, but the production team was unable to get him to party. "It's difficult for people to take me to parties. During Happy New Year, we were traveling all over the world, so Shah Rukh, Deepika, and everyone else would say, 'Let's go party,' and I would sneak out quietly. "It's difficult to party with me," he admitted.

Sonu Sood recently spoke about his role in Roadies he said “The magical thing about Roadies is that you have to be real. You have to be what you are. On the very first day, I connected with the contestants. I knew I had to be a Roadie myself and experience what they were experiencing. We spent 45 days in South Africa, and every single day was a learning experience. We lived our lives the way we always wanted to in college. It was one of the most special experiences of the last 20 years. I have done so many movies, traveled across the world, and done so many stunts, but Roadies was the most special experience.” 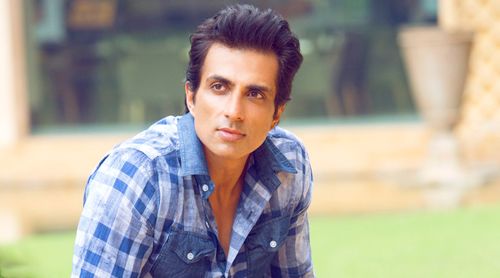