✕
✕
Your rating
Note: Click on the rating number you want to give for this movie.
BollywoodMDB
⟩
Bollywood News & Adda
⟩
Sushant Singh Rajput's Bandra apartment in Mumbai has failed to find tenants, and the owner refuses to rent it to celebrities

Sushant Singh Rajput's Bandra apartment in Mumbai has failed to find tenants, and the owner refuses to rent it to celebrities

Real estate agent Rafique Merchant recently shared a video of the apartment and stated that it is available for rent for Rs 5 lakh per month.

Bollywood actor Sushant Singh Rajput was discovered dead in a Mumbai apartment that had been vacant for two and a half years. Real estate broker Rafique Merchant recently shared a video of the apartment and stated that it is available for rent for Rs 5 lakh per month.

Additionally, Merchant disclosed that the NRI who owns the apartment is not interested in renting it to celebrities and instead seeks corporate individuals as a renter. The apartment is still empty. Therefore, it appears that this needs to be fixed.

He said, "People are afraid to move into this flat," while speaking. Prospective tenants would refuse to even see the apartment once they learned it was where he died. Since the story of his passing has gotten old, at least some people are visiting the apartment these days. The agreement still needs to be completed. Narrow and unwilling to reduce the rent is the owner's as well. It will be immediately sold if he does. Tenants prefer purchasing another apartment of comparable size in the same neighborhood since it would not come with the baggage of controversy that this apartment is linked with, especially when he is selling it at market value.

Additionally, he mentioned that although some people are interested in renting the apartment and don't mind its past, their friends and relatives discourage them.

On June 14, 2020, Sushant Singh Rajput died in the apartment. The Mumbai Police first determined that it was a suicide. During the COVID-19 lockdown, he lived in the apartment he had rented for Rs 4.5 lakh per month since December 2019 with his roommate, the actress Rhea Chakraborty.

Sushant Rajput's death is being investigated.

The Central Bureau of Investigation looked into his death's financial and drug-related aspects, along with the Enforcement Directorate and the Narcotics Control Bureau. 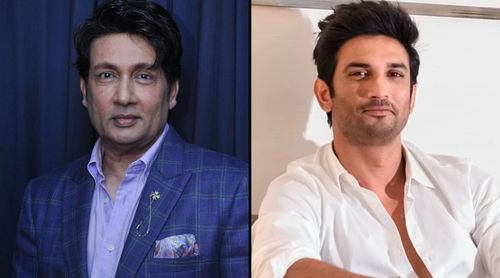 Shocking! Sushant Singh Rajput’s death a murder and not a suicide, claims a staff member from Cooper Hospital!