✕
✕
Your rating
Note: Click on the rating number you want to give for this movie.
BollywoodMDB
⟩
Bollywood News & Adda
⟩
Tabu to co-star alongside Kareena Kapoor in Rhea Kapoor's next?

Tabu to co-star alongside Kareena Kapoor in Rhea Kapoor's next?

Rhea Kapoor is reportedly in talks with Tabu for her upcoming film, which will feature Kareena Kapoor Khan, although she has not yet agreed to star in it.

Kareena Kapoor Khan announced last month that she will be working with Rhea Kapoor once again on a new project. While specifics are being kept under wraps, the Laal Singh Chaddha (2022) actress revealed that despite the movie being about three women, it won't be like their last endeavour Veere Di Wedding (2018). Currently, there are rumours claiming that Tabu will co-star in the film alongside Kareena. According to a source, Rhea and the Drishyam (2015) actress are in negotiations, but she has not yet agreed to star in the movie.

A source was cited saying, “Rhea has already locked Kareena Kapoor Khan for her next project. She is in talks with Tabu to star in the film as well. However, Tabu is yet to sign the film on dotted lines. The actress has loved the script and has shown her interest and is most likely to give her confirmation soon."

According to the source, the movie centres on the separate journeys of two women who find comfort in one another.The movie is scheduled to begin production in January 2023, according to a prior statement by Kareena.

On the professional front, Kareena has finished filming The Devotion of Suspect X, which will be her first OTT appearance. While Tabu has been preoccupied with the filming of Ajay Devgn's Bholaa, the actress made headlines last week after suffering an injury while filming a fast-paced pursuit scene. 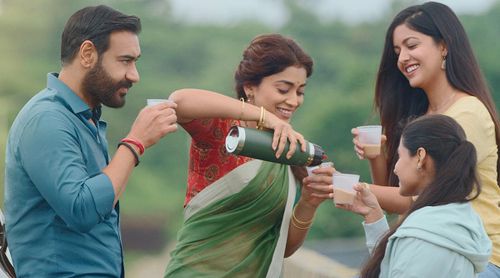