✕
✕
Your rating
Note: Click on the rating number you want to give for this movie.
BollywoodMDB
⟩
Bollywood News & Adda
⟩
Tamannaah Bhatia and Vijay Varma reportedly dating were SPOTTED together again! Is it OFFICIAL now?

Vijay Varma and Tamannaah Bhatia, who are thought to be dating after being seen together in Goa, attended an awards ceremony on Sunday in Mumbai.

Tamannaah Bhatia and Vijay Varma were seen attending an awards ceremony in Mumbai on Sunday, just weeks after they were spotted together at a New Year's party in Goa. Along with running into each other at the event, they later posed for photos with the paparazzi. The footage of them at the event was adored by their followers.

A video of people posing for pictures at the event was uploaded by a paparazzo account. It depicts Tamannaah posing alone with her trophy while wearing a blue dress. After that, Vijay Varma walks up behind her and into the picture before stopping to join her. They continue to smile and pose as a pair. Vijay had a barret in his hair and was wearing a bright jacket with black jeans.

FANS REACTIONS ON THE VIDEO

Fans praised their chemistry, but others also expressed surprise at how different they are from one another. A fan commented, “They are so cute together.” Another wrote, “They make a nice couple.” One more said, “That is a fire couple,” while yet another claimed “Great couple”. A person also wrote, “I am quite surprised with this jodi. She is well established and has been in the industry much longer than him. And this guy is relatively a newcomer. And looking at her and her huge attitude I always thought she might find a rich businessman as a life partner.” Another person said, “tamanah se to kaafi accha actor h yeh (he is a quite better actor than Tamannaah.)”

A video that surfaced online around the New Year depicted Tamannaah and Vijay cuddling up as they welcomed the year 2023 at a party in Goa. As they danced together during the party, they appeared to be kissing and holding each other. They were spotted arriving at the Mumbai airport together a few days later.

TAMANNAAH ON THE WORK FRONT

Tamannaah, 33, one of the most well-known actors in Tamil and Telugu cinema business, made her film debut with Chand Sa Roshan Chehra in 2005. Her work in the Baahubali films is among her most well-known pieces.

VIJAY ON THE WORK FRONT

Vijay, 36, made his cinematic debut in 2012 with Chittagong before becoming well-known with Gully Boy. He received a lot of accolades for his work in the Netflix film Darlings with Alia Bhatt. 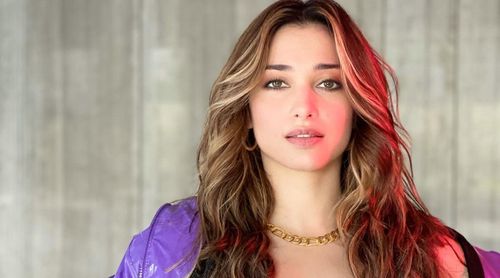