The most anticipated film, Pathaan, conquers advance booking in Germany. The film is making news starting from its teaser only.

The most anticipated film roars in the news before its arrival only. The film is a month away from its grand release. The film stars Shah Rukh Khan in the lead role alongside Deepika Padukone. The film appears in the news by conquering the advance booking in Germany. The film is making news from its teaser launch. Will this film mark come back for star Shah Rukh Khan after four years? The film's hype is more natural; it stars big names in the film.

The advance booking of the film in Germany:-

According to the reports, the advance of the film tickets scene in Germany indicates that the shows are being sold out in no time. The film's advance booking was inaugurated on December 28 in Germany. Even though the film was about to get released in a month, the tickets were sold in a minimum time. It raised a wave of cheers in the film industry and trade, which ultimately shows the film is getting a similar response in other countries, similar to India.

Shah Rukh Khan dominates the overseas box office and is well-known to his fans. Like the film, 'Dilwale' did not work at the Indian box office, but the film has become the first viewers overseas. Shah Rukh Khan is ruling the film industry overseas, which can be seen while the film's ticket got sold like hot yummy chocolate pancakes.

The film Pathaan is an action thriller directed by Siddharth Anand, and Aditya Chopra produced the film under Yash Raj Films. The film has Deepika Padukone, Shah Rukh Khan, and John Abraham in pivotal roles. Deepika Padukone and Shah Rukh Khan are collaborating for the second time in the film. The film is set to release on January 25, 2023, which coincides with Republic day. The film will also have Tamil and Telugu versions as well. The film's music is composed by Vishal -Shekhar. Shridhar Raghvan did Screenplay for the film. 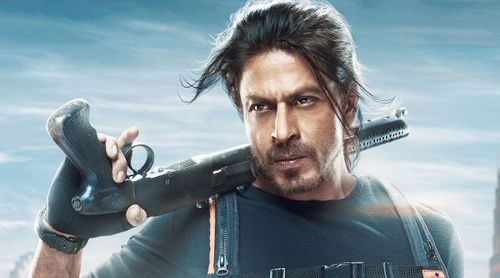