✕
✕
Your rating
Note: Click on the rating number you want to give for this movie.
BollywoodMDB
⟩
Bollywood News & Adda
⟩
Tiger 3: The Tiger sequel starring Salman Khan and Katrina Kaif will not be directed by Ali Abbas Zafar; Read to know why

The director of Tiger 3 (starring Salman Khan and Katrina Kaif), Ali Abbas Zafar, has now let the cat out of the bag by explaining why he hasn't taken the helm once more.

Tiger 3 is undoubtedly one of the most eagerly awaited upcoming Bollywood films. In addition to being the third installment of the hugely popular Tiger spy series, it also reunites the much-loved on-screen duo of Salman Khan and Katrina Kaif, not to mention the other facts like how both of the previous installments set new standards for action or how it's one of the few Bollywood franchises that hasn't suffered a drop in quality as a result of, Therefore, it did come as a bit of a surprise when Ali Abbas Zafar, who had directed the smash hit Tiger Zinda Hai in 2017, which took in 339.16 crore net, didn't direct this year's release of Tiger 3.

Why is Tiger 3 not being directed by Ali Abbas Zafar?

The director of Tiger 3 (starring Salman Khan and Katrina Kaif), Ali Abbas Zafar, has now let the cat out of the bag by explaining why he hasn't taken the helm once more. The popular filmmakers said that producer and YRF head honcho Aditya Chopra is like an older brother to him. Still, sadly, he had specific other engagements that he had already committed to, so he couldn't back out from them while the third installment of the Tiger franchise was occurring. Thus, contrary to other rumors, their dates could not coincide, which is the only reason he isn't directing the movie. 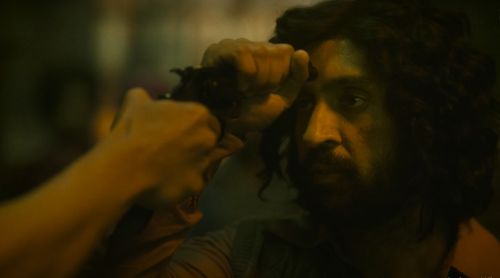