✕
✕
Your rating
Note: Click on the rating number you want to give for this movie.
BollywoodMDB
⟩
Bollywood News & Adda
⟩
Tiger Shroff calls the poor performance of his recent film Heropanti 2 'heartbreaking'

Tiger Shroff has spoken about the performance of Heropanti 2, describing it as "heartbreaking."

Tiger Shroff made his comeback to the big screen with Heropanti 2 (2022) in April. The big-budget Bollywood film was directed by Ahmed Khan and released alongside Runway 34 (2022). Both films were expected to do well, according to trade analysts. However, both underperformed, particularly Heropanti 2, which was produced on a large scale with all of the high-octane action sequences. Tiger Shroff has now spoken about the film's failure.

Tiger, who is in Abu Dhabi for the IIFA awards, spoke to the press on the sidelines, stating, “It was definitely heart-breaking. I’m extremely connected to all my movies. So it takes a toll on me every time if a film doesn’t work. I bounce back by immersing myself in work. The show must go on."

After wrapping up promotions for Heropanti 2, in which he co-starred alongside Tara Sutaria and Nawazuddin Siddiqui, the actor has been busy filming Ganapath in Ladakh.

On the IIFA stage, he also performed a dance sequence. Speaking about the same, he previously said, “I hope people like it. It’s a high energetic track which the audience expects from me." 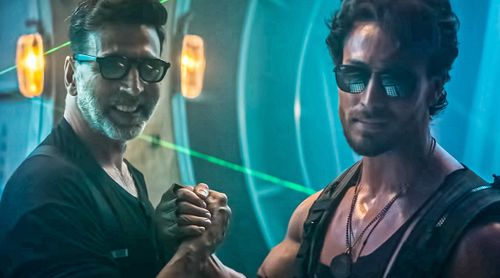