The Red sea Film Festival is ongoing in Jeddah, and many B-Town celebs have attended the award show. Many Bollywood celebs are gracing royalty and extravagance at the event.

Bollywood stars do not have only an Indian fan following, but they possess fans across the globe as well. The Red Sea Film Festival has been running in Jeddah for the last few days while many Bollywood celebs have attended the red carpet with grace and beauty. Recently Shah Rukh Khan And, Kajol Mukharjee, AR Rehman made the crowd go gaga over such celebs. Royal couple Saif Ali Khan, and Kareena Kapoor, Fashionistas Sonam Kapoor and Priyanka Chopra got the spotlight with their fashionable attires and look on the red carpet. 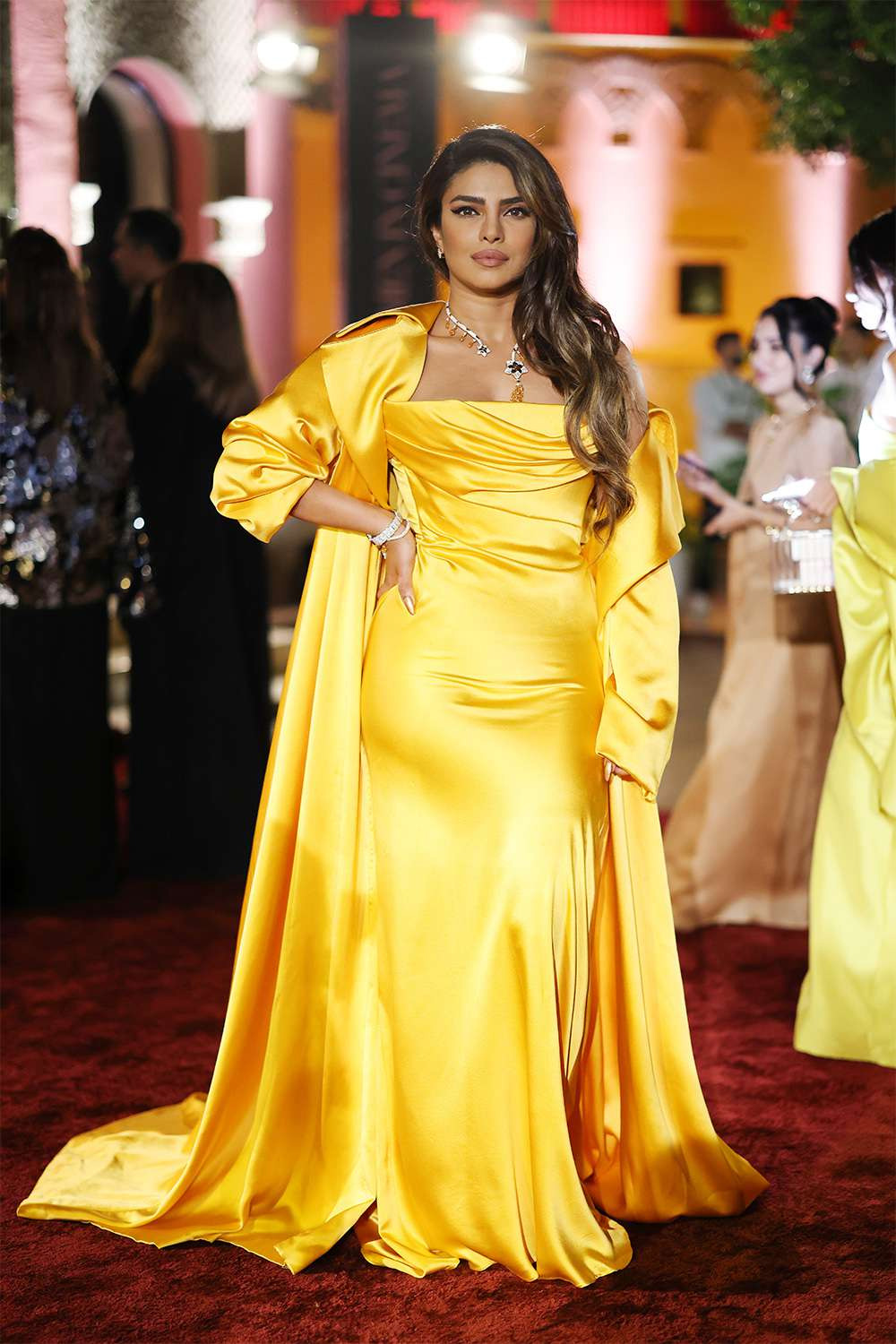 Priyanka Chopra attended the red carpet second time at the Red Sea international Film Festival. The actress looks gorgeous and stunned in the mustard-yellow gown. Her attire was a satin yellow plain gown, and she decked up it with a layered, similar, floor-length jacket. She has opted to keep her tresses open. And accessorised her attire with a diamond necklace, bracelet and earrings. Saif Ali Khan looked riyal in a white coloured Tuxedo, and Kareena Kapoor Khan was stunned in the sheer sequined saree. Saif has donned a white blazer with a white shirt, black bow, and trousers. The actress complemented his look by decking up in the olive green sheer saree with sequins. She was also decked up in the yellow gown with off-shoulder sleeves. She has tied her hair in a bun, is stunned by the attire, and has taken the limelight.

Other celebs of the Red Sea International Film Festival:-

Shah Rukh Khan was honoured with Saudi Arabia’s Red Sea International film festival award. The Red Sea International Film festival presented the star award ro the star and said, “We are thrilled to be honoring Shah Rukh Khan, a remarkable talent and global superstar. He has captivated audiences since his earliest performances and is one of the world’s most renowned actors working today.”

While Receiving the award, Shah Rukh Khan expressed his feelings, “I am truly honoured to receive this award from the Red Sea International Film Festival. It’s wonderful to be here among my fans from Saudi and the region who have always been huge supporters of my films. I’m looking forward to celebrating the region’s talent and being a part of this exciting film community.”