The makers of the Akshay Kumar and Tiger Shroff starrer film Bade Miyan Chote Miyan have shared an update on the film’s shooting.

Getting two or more prominent actors in one frame in Bollywood is really challenging. But as multi-starrer movies have become more popular, filmmakers have begun to include the biggest names in a single production. In his upcoming film Bade Miyan Chote Miyan, Ali Abbas Zafar has successfully united Tiger Shroff and Akshay Kumar. One of the most eagerly anticipated films, the high-budget actioner is slated to be one of Hindi cinema's biggest actioners. In Mumbai, the movie is anticipated to begin production in January. According to the most recent sources, the Bade Miyan Chote Miyan film's producers will now start pre-production.

Action scene to be shot in Mumbai. Read more!

According to a source, the producers of Bade Miyan Chote Miyan will start pre-production on the movie. The producers have reserved three floors of the Yash Raj Studios in Mumbai for the filming of the film's intense action scenes, which will star Akshay Kumar and Tiger Shroff. The movie has been conceptualized on a great scale, and for this production, a sizable tunnel is being set up, where heavy action scenes will be shot. Isn't that exciting?

Film’s shoot is to take place outside India

Akshay Kumar will complete the KC Shankaran biography for Dharma before starting the Bade Miyan Chote Miyan filming. While everything is going on, Tiger Shroff will finish the first schedule of his forthcoming movie Eagle, which also stars Sara Ali Khan. The film will be filmed all over the world, not just in India! Bade Miyan Chote Miyan will film in India for roughly 40 days before moving on to other locations. By February, the India schedule will be over, and then they will begin filming in the United Arab Emirates and Europe. 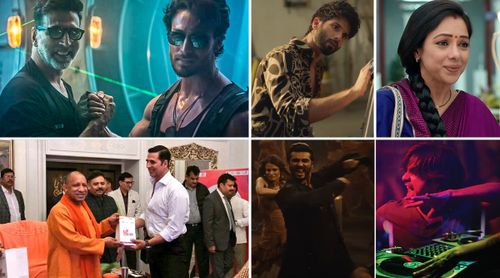