✕
✕
Your rating
Note: Click on the rating number you want to give for this movie.
BollywoodMDB
⟩
Bollywood News & Adda
⟩
Varun Dhawan says ‘Thank you’ to Nach Punjaban singer Abrar-ul-Haq

In a recent interview, Varun Dhawan reacted to the claims made by Pakistani singer Abrar-ul-Haq about stealing his song and recreating it as Nach Punjaban in Jugjugg Jeeyo. The recreated version of the song from the film is sung by Gippy Grewal, Zahrah S Khan, Tanishk Bagchi, and Romy and Abrar have been credited for the original on YouTube. The song features Varun, Kiara Advani, Neetu Kapoor, and Anil Kapoor dancing to the beats.

When the actor was asked to share a message for the singer Abrar-ul-Haq, the actor replied, "He's sung the song so well, it's amazing and outstanding. We loved it. Our music company bought the rights and now our song is doing so well, so thank you.”

Earlier the Pakistani singer had made a video in which he claims that the song was illegally stolen, he mentioned, “A lot of fans have been asking me ‘why haven’t you gone to the court against Karan Johar and T-Series for stealing your song Nach Punjaban. The answer is yes. I’m going to the court, don’t worry. Merely saying that the credit has been given because the song is well-written and would make their movie a hit. I never gave you the song, I never gave anybody the rights to my song. It belongs to me, so I’ll get it back and I’m coming to the court, see you there.”

He further added, "I have not sold my song 'Nach Punjaban' to any Indian movie and reserve the right to go to court to claim damages. Producers like Karan Johar should not use copied songs. This is my 6th song being copied which will not be allowed at all.”

Directed by Raj Mehta, Jugjugg Jeeyo has already hit the theatre this Friday. Get ready to witness the sizzling chemistry between Vijay Deverakonda and Ananya Panday in Liger’s new song Aafat! 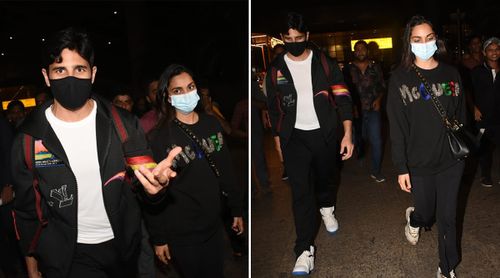