✕
✕
Your rating
Note: Click on the rating number you want to give for this movie.
BollywoodMDB
⟩
Bollywood News & Adda
⟩
Vicky Kaushal reviews ‘Phone Bhoot’. Read here what he has to say!

Vicky Kaushal watched "Phone Bhoot" at its screening and posted a review for the film on his Instagram profile, asking the audience to watch such a funny and crazy film.

Vicky Kaushal is one of the versatile actors from Bollywood. He married Katrina Kaif in 2021. Katrina Kaif is the most lovable actress in the Bollywood film industry. Her movie recently had its screening. The film is already in the news earlier in its release. She is giving her best to promote the film. At the screening of the movie, hubby Vicky attended it.

He watched it and loved the film. He added a review for Wifey's film; he added the film poster to his Instagram profile, saying the film is full of fun and craziness throughout the film. And requested the audience to have a look at the movie near the theatres. And he tagged the film's star cast, including Ishaan Khatter, Siddhant Chaturvedi, Gurmeet Singh, wifey Katrina Kaif and others. He added the post with some ghost emojis. When Siddhant and Ishaan watched the story, they reshared it, saying Vicky-pedia had declared it. It's glad to hear that he liked the film with respect and love. And thanked Vicky for his appreciation of the film.

The film is based on the concept of horror comedy. Gurmeet Singh directs it. Ravi Shankaran and Jasvinder Singh Bath have written the story of the film. Excel Entertainment, Farhan Akhtar and Ritesh Sidhwani are the film's producers. The film's release date has been postponed from October 7 to November 4. The film will be released on November 4. It was the most awaited film by the audiences and Katrina Kaif's fans. She played the role of the ghost in the film. 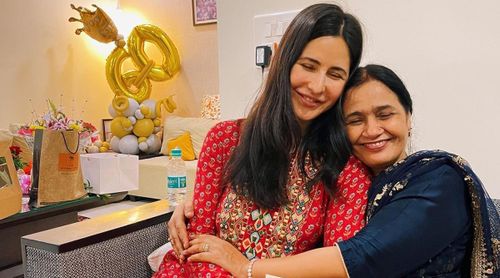