Vikrant Massey is now a happily married man. He got married to his girlfriend Sheetal Thakur in Himachal Pradesh.

Vikrant Massey and Sheetal Thakur are now husband and wife, and we congratulate them. On Friday, the couple married in an intimate ceremony in Himachal Pradesh. Vikrant and Sheetal are yet to share photos and videos of their special day.

One of Sheetal Thakur's relatives took to Twitter to share a photo of Vikrant Massey and the bride Sheetal from the mandap. Vikrant is dressed in a white Sherwani with a pink turban in the photo. He can't take his eyes away from his stunning bride, who is dressed to impress in a red lehenga. Both are seated on the mandap with their legs folded. They look so adorable in the picture. The flower decorations behind the couple add to the beauty of the picture.

The relative wrote, “God bless you both @VikrantMassey @Sheetal__Thakur sister and jiju”.

The couple started dating in 2015, and in 2019, they got engaged in a small Roka ceremony. They've been going strong since then. On the professional front, both have appeared in Ekta Kapoor's Broken but Beautiful (2018) where Sheetal played Vikrant's on-screen late wife.

Vikrant will soon be seen in Love Hostel, along with Sanya Malhotra and Bobby Deol. The trailer for the romantic-crime film was released on Friday. On February 25, the film will be released. 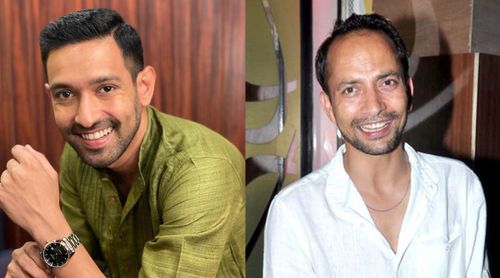