✕
✕
Your rating
Note: Click on the rating number you want to give for this movie.
BollywoodMDB
⟩
Bollywood News & Adda
⟩
Vir Das mocks Will Smith's visit to India, telling him to 'stop slapping comedians and start slapping them with legal cases'

Comedian Vir Das welcomed Will Smith to India with a satirical dig, stating that now he may learn to slap comedians with legal cases instead.

Will Smith was sighted at Mumbai's Kalina airport on Saturday. As soon as this information became public, netizens began attacking him for visiting India following the 'slap' event at the Oscars. At this year's Oscars, Will Smith slapped comedian and host Chris Rock.

Will Smith's recent visit to India sparked a response from stand-up comedian and actor Vir Das, who is active on social media. Vir took to Instagram to welcome Will to India in a lighthearted manner. Vir joked in his post that instead of slapping comedians with his hands, he'll learn to slap them with legal cases. Vir referred to the legal action taken against him following his controversial performance of "I come from two Indias." He wrote, “Will Smith is in India? Good. He can learn to stop slapping comedians with his hands and start slapping them with legal cases.”

Will Smith made news for hitting comedian Chris Rock at the Academy Awards when the latter made fun of Smith's wife Jada Pinkett Smith's bald head. Smith has been barred from attending any Academy function for the next ten years, including the Oscars, as a result of the incident. For King Richard (2021), he received the Best Actor award. 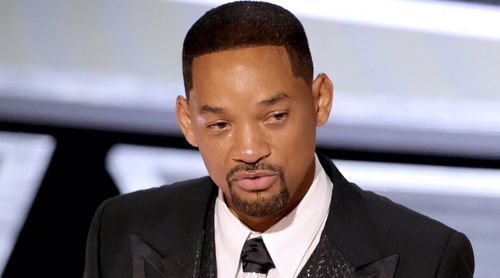