Bhediya, starring Kriti Sanon and Varun Dhawan, came out in theatres on November 25. The movie is going smoothly at the theatres.

At the box office, the film Bhediya, starring Kriti Sanon and Varun Dhawan, is doing remarkably well. Since the film's November 25 debut, its sales have been declining. Given the excitement that the horror comedy subgenre has generated among moviegoers, it started off well at the box office. The film was in theatres for a second Sunday and managed to earn an additional Rs 4 crore. In the film Bhediya, Varun plays a werewolf. Drishyam 2 with Ajay Devgn and An Action Hero with Ayushmann Khurrana are competitors for Bhediya on the screens currently.

What is the box office collection of Bhediya?

According to trade sources, Bhediya had a profitable second Sunday in theatres. It made Rs 4.50 crore in sales on December 4. This results in a total collection of Rs. 52.26 crores. Bhediya's overall Hindi occupancy was 27.16 percent on Day 10.

Varun Dhawan and Kriti Sanon's film Bhediya made its theatrical launch on November 25 in a number of languages. The movie's director is Amar Kaushik, who brought back the horror-comedy genre with Stree (2018). Despite the fact that new Hindi movies are being released, it doesn't seem likely that Bhediya would surpass Bollywood's Rs 100 crore club.

The director and producer of the comedy-horror film Bhediya are Amar Kaushik and Dinesh Vijan. The movie's leading actors are Varun Dhawan and Kriti Sanon. Kriti's second film with Varun is this one, following Dilwale (2015). Vijan's horror-comedy series has three movies, the third of which is Bhediya. Arunachal Pradesh-based Bhediya's story revolves around a young man named Bhaskar who was bitten by a wolf while scavenging for food. He finally starts to transform into a werewolf as well. Amitabh Bhattacharya was the movie's lyricist, and Sachin-Jigar was in charge of the soundtrack. 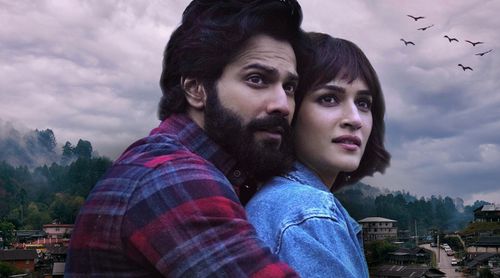