Director Ayan Mukerji has revealed that the film has collected more than Rs 300 crore globally in its first week.

Brahmastra Part One: Shiva, which released on 9 September, is all set to cross the Rs 300 crore mark globally. The fantasy film, which collected a total of Rs 170 crore (domestic) in the first week of release, minted over Rs 9.25 crore on its seventh day at the cinemas.

Director Ayan Mukerji has also stated on Instagram that Brahmastra Part One: Shiva has made more than Rs 300 crore globally in its first week.

The Ranbir Kapoor and Alia Bhatt-starrer was also released in Tamil, Telugu, Kannada and Malayalam. The film's South Indian versions have made approximately Rs 20 crore at the box office. Noteworthy, it was Baahubali director SS Rajamouli who had presented Brahmastra Part One: Shiva in the south.

As per analysts, in the next few days, Brahmastra will pass Kartik Aaryan’s Bhool Bhulaiyaa 2 (with a collection of Rs 221 crore) to become the year’s second-biggest Hindi film, behind Vivek Agnihotri's The Kashmir Files, which minted approximately Rs 300 crore at the box office.

Written and directed by Ayan Mukerji, the film stars Amitabh Bachchan, Ranbir Kapoor, Alia Bhatt, Mouni Roy, and Nagarjuna Akkineni. Brahmastra Part One: Shiva is intended to serve as the first installment of a planned trilogy, which is itself planned to be part of an extended cinematic universe titled Astraverse. 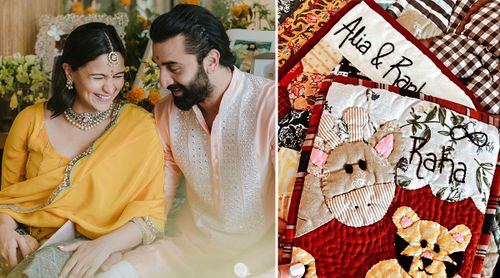