Ajay Devgn's Drishyam 2 is expected to be a huge hit at the box office on Day 2 of its release.

The sequel to Drishyam is expected to be a huge box-office success. If Friday performed admirably, grossing 15.38 crores, exceeding projections, Saturday was genuinely exceptional for the Abhishek Pathak-directed movie. The movie would have been regarded as excellent even if Saturday's performance had increased by 20%. But what happened was completely incredible, since the increase was close to twice that (in the 35–40% area), with 21.59 crores* coming in.

That's impressive considering how difficult it has been for movies to reach the 20 crore milestone ever since the pandemic.

The Ajay Devgn-starring movie has already made 36.97 crores* and is on track to surpass 60 crores before the first weekend is out. Amazingly, Drishyam 2 is aiming for 60 crores in only one weekend when even holiday movies have struggled to get so in their entire run. This demonstrates that audiences were always interested in seeing movies; all it took was for the appropriate one to reach out and capture their attention.

The season's positive aspect is that almost all of the movies are performing well, which is a scene that hasn't happened in a very long time. Even Uunchai, which is in its second week, Day 9 of the Uunchai collection, Producer Figure of 2.42 Crore Net. UunChai’s total BO collection up to this point 25.75 billion net producer figure. Gross revenue for UNCHAI Worldwide Box Office Collection: 28.47 Crores, and Kantara [Hindi], which is in its sixth week, The movie has earned 370 crore rupees in total revenue so far. Making money in their small ways while Drishyam 2 is doing wonderful business. What is "achche din" if this isn't it? 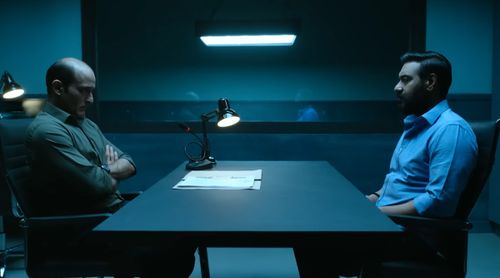