The suspense thriller starring Ajay Devgn has dominated the box office since its November 18 debut. Despite new releases, the movie with Tabu and Akshaye Khanna continued to dominate the box office. Drishyam 2 is still performing well even three weeks after its debut in the post-pandemic period, when Bollywood films are fighting to keep themselves in theatres for a week. The movie has officially surpassed the Rs 200-crore club after earning Rs 100 crore in less than a week. The movie's audience numbers increased once more on December 11th, Sunday.

Director Abhishek Pathak’s Drishyam 2, has seen a phenomenal increase in sales over the previous two weeks. The movie had a strong opening weekend with Rs 15.38 crore. The movie reached the Rs 200-crore club on December 11 and has since brought in an additional Rs 5.30 crore. According to trade reports, this brought the overall amount to almost Rs 209 crore at domestic ticket counters.

The creators announced on Sunday that the Ajay Devgn-starring film has surpassed Rs 200 crore. The production company Panorama Studios has revealed the most recent box office figures for the movie, which made its debut on November 18 to rapturous reviews. "As we proudly share with the public our pan-India box office results for the fourth Saturday, cash registers are ringing (day 23). 4.67 crores were made at the Indian box office. For the past 23 days, the All India Net Box Office has reached an impressive total of Rs 203.58 crores and is still rising "The sentence was read. being shown on 1784 screens across 1448 theatres in Week 4.

In "Drishyam," Vijay Salgaonkar (Devgn) was successful in stopping the police from arresting his family. With the case being reopened and Vijay confessing, the sequel adds a fresh twist, but will he actually carry out the plot's central idea? Tabu’s role is IG Meera Deshmukh in the film. The movie also stars Akshaye Khanna, Shriya Saran, Ishita Dutta, Mrunal Jadhav, Rajat Kapoor, Neha Joshi, Kamlesh Sawant, and Yogesh Soman in addition to Ajay Devgn and Tabu. 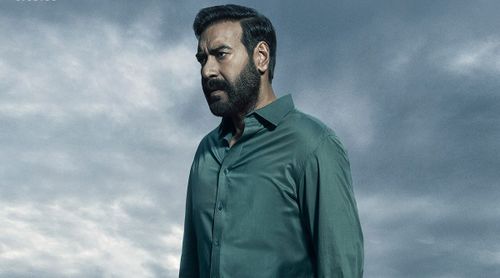