Login with Facebook Login with Google Login with Twitter
Home
⟩
Box Office
⟩
Even after facing competition from other films and getting lesser screens, Hichki saw growth on Sunday!

The condition of female-centric films is slowly getting better these days. Last year, films like Tumhari Sulu and Mom became hit at the box office and in 2018, Pari continued the feat. Following the leads of the successful women-led films, Rani Mukerji’s Hichki has now become the latest inductee to get itself a tag of a HIT. Though the film faced stiff competition from Ajay Devgn’s Raid and got only 961 screens, it managed to mint healthy figures in the first weekend. On Friday, the film made Rs. 3.30 crores, on Saturday, it pocketed Rs. 5.35 crores and yesterday, it earned Rs. 6.70 crores and took the total to Rs. 15.35 crores in the first three days.

Compared to Rani’s last film Mardaani, Hichki did slightly better business in the first three days. In the first weekend, where Hichki made more than 15.30 crores, Mardaani, on the other hand, had managed to collect Rs. 14.44 crores.

For the uninitiated, Hichki features Rani in the lead role of a teacher having Tourette syndrome. She takes upon herself the responsibility of changing few children's lives that come from the weaker section of the society. 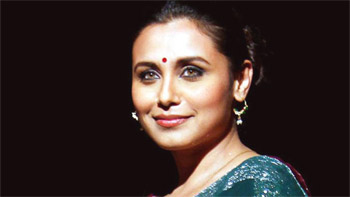