Ram Setu, a much anticipated action-adventure movie starring Akshay Kumar and co-starring Satyadev, Jacqueline Fernandez, and Nushrat Bharuccha, was released in theatres on the occasion of Diwali. After Bachchan Paandey, Samrat Prithviraj, and Raksha Bandhan, the movie was Akshay Kumar's fourth theatrical release of 2022. With the addition of Cuttputlli, it became his fifth overall. It competed alongside Indra Kumar's comedic drama, Thank God, starring Ajay Devgn, Sidharth Malhotra, and Rakul Preet Singh. The biggest ticket-selling day of the year, Govardhan Pooja Day saw the premiere of both movies. The Govardhan Pooja day saw relatively poor pre-bookings for both movies, but the day's booking activity improved significantly.

Ram Setu, which was starring Akshay Kumar, had the second-best start of the year, only behind Brahmastra, with an estimated Rs. 15 crores being made on day one. Since the movie did not hold up well after a reasonably strong opening day, the collections started to decline day by day. With a meager Rs. 54.5 cr net, the movie finished its long weekend. It collected between Rs. 2.60 and Rs. 3.10 crore on Monday, for a total of roughly Rs. 57.25 crores for the first week. This was an 80 percent decrease from its launch day and an increase of more than 50% from Friday.

The numbers for the first week are around twice those of Thank God, but it does not make up for the film's low box office performance, which required at the very least Rs. 75 crores in its opening week. Over the coming days, the movie might lose more viewers, at which point it will compete with Hindi originals Phone Bhoot and Mili. It should be noted that the Hindi-dubbed movie Kantara may begin to consistently outperform Ram Setu during the weekdays, even though it is already outperforming the other release Thank God.

The Kantara, directed by Rishab Shetty, which is currently causing a stir in theatres, outperformed the Akshay Kumar-starring film, nonetheless. Rishab Shetty wrote, produced, directed, and featured in the movie Kantara, which earned more than Rs 250 crore at international box offices. In Hindi alone, it made an astounding Rs 42.95 crore in 17 days. Ram Setu and Thank God weren't as busy in the theatres as in the movie. The distributors opted to substitute a few screenings of the two Bollywood movies with Kantara over the weekend as a result. 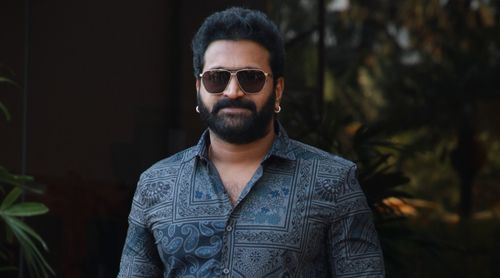