\'Bajatey Raho\' released on 26th July 2013 has proven to have taken a lead among its competing releases.

The Friday of 26th July proved to be all flooded with movies from all sorts of industries. Bollywood, regional as well as english films locked their horns together at the box-office. Hindi cinema was delighted with movies like 'Bajatey Raho', 'Issaq', 'Nasha' and 'Luv U Soniyo'.

As the week opened, films like 'Bajatey Raho' and 'Issaq' went neck to neck proving a tough competition for each other. But as the weekend arrived and the reviews were served for the audience judgement, 'Bajatey Raho' was a step ahead from its competition. As weekend passed by, 'Bajatey Raho' has reportedly marked a collection of around 8 crores proving to be a lead among it's competitors.

Where as earlier release 'Bhaag Milkha Bhaag' is still running with packed houses still in its 3rd week, 'Bajatey Raho' already have a tough competition. The only thing that would prolong the duration of this film on screen can only be predicted by its second week collection at the box-office. 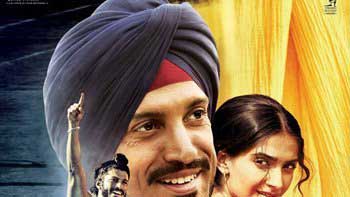