✕
✕
Your rating
Note: Click on the rating number you want to give for this movie.
BollywoodMDB
⟩
Fashion & LifeStyle
⟩
Alia Bhatt slayed in this gorgeous outfit she wore at Anushka Ranjan and Aditya Seal’s wedding

Alia Bhatt is one of the most celebrated actresses from the current generation of Bollywood artists. She is best known for her amazing performances but her fashion sense mostly doesn’t get the credit she deserves.

Bhatt was recently spotted at her best friend Anushka Ranjan and Aditya Seal’s wedding in Mumbai. She wore a mellow yellow backless blouse with a lehenga and a georgette dupatta. 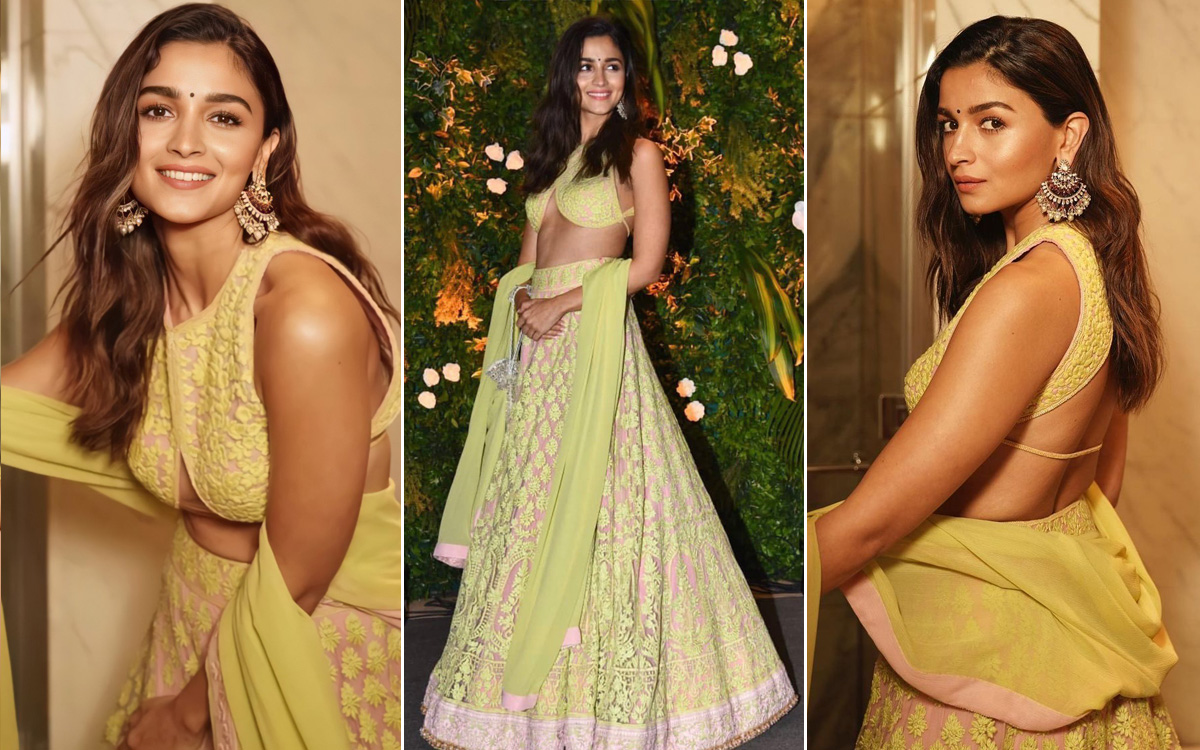 Stylist Ami Patel, who has styled the actress on many previous occasions, chose to dress her up in this amazing piece by Manish Malhotra’s latest collection Nooraniyat. Kundan and pearl earrings and a small black bindi elevated the entire look.

This latest look by Alia Bhatt got the internet talking so much that she made it to Diet Sabya, an Indian counterpart of the international anonymous fashion police dietprada popular on Instagram. It was for good reasons though as people mostly loved the look on pole by the page’s story.

The Raazi (2018) actress usually chooses to dress safe and chic but this one particular look kind of raised the bar of what all she can carry with grace and she doesn’t fail her fans.

The top is called an infinity blouse by the designer and bears a cut resemblance from sportswear bras. The fabric is pure chikankari which is handcrafted by artisans of Mijwan Welfare Society which is an NGO by Shabana Azmi for girl child empowerment.

All we can say is that Bhatt is a stunner in the gorgeous outfit and raised the temperature several notches high.

Alia Bhatt was last seen in her home production Sadak 2 (2020) with Aditya Roy Kapoor and Sanjay Dutt. The film was a sequel to the superhit film Sadak from 1991, starring Sanjay Dutt and Pooja Bhatt. The talented actress is currently awaiting the release of RRR, Gangubai Kathiawadi, and Darlings. She is also filming for Karan Johar’s Rocky Aur Rani Ki Prem Kahani.