✕
✕
Your rating
Note: Click on the rating number you want to give for this movie.
BollywoodMDB
⟩
Fashion & LifeStyle
⟩
Bollywood actor Vicky Kaushal looks HANDSOME as he SLAYS the ramp walk; Watch Here!

Vicky Kaushal recently lit the walk on fire at a fashion show. Vicky Kaushal is currently riding high thanks to the positive reviews for his most recent film, Govinda Naam Mera.

Vicky Kaushal is currently experiencing success in both his personal and professional lives. With his endearing portrayal in the recently released comedy thriller Govinda Naam Mera, the National Award-winning actor is currently gaining hearts. Vicky Kaushal and his wife, the well-known actress Katrina Kaif, recently celebrated their first wedding anniversary. It's interesting to see that footage of Vicky Kaushal's most recent ramp walk is currently trending online. Vicky Kaushal walked the ramp for Kunal Rawal's most recent ethnic collection. The gifted actor lit up the ramp with his superb dancing routines while looking like a million bucks in a beige sherwani with mirror embroidery and matching pants. Vicky finished off his ensemble with a pair of accessories and matching boots. In a Punjabi song, the actor—who was the star of the performance—is seen shaking legs with designer Kunal Rawal as the audience applauds.

In the recently released comedy-thriller Govinda Naam Mera, the gifted actor portrayed the title role, Govinda Waghmare, a struggling dance choreographer. Vicky Kaushal is getting a lot of praise for his natural acting in the Shashank Khaitan-directed film. The female stars in the movie, which is currently streaming on Disney Plus Hotstar, were played by Bhumi Pednekar and Kiara Advani.

Vicky Kaushal's next film appearance will be in the yet-to-be-named Laxman Utekar romantic comedy.The production, which stars Sara Ali Khan as the female lead, has finished filming. He is now working on Meghana Gulzar's next film Sam Bahadur, which is based on Sam Manekshaw's life. In addition, Vicky will work once more with Uri director Aditya Dhar on the fantasy movie The Immortal Ashwatthama. 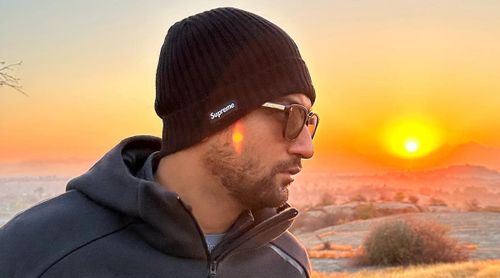