✕
✕
Your rating
Note: Click on the rating number you want to give for this movie.
BollywoodMDB
⟩
Fashion & LifeStyle
⟩
Can’t take our eyes off Rashmika Mandanna’s ivory saree look; Check out the pictures!

Rashmika is set to star opposite Sidharth Malhotra in the Netflix film Mission Majnu which will premiere on the platform on January 20.

After her Pushpa song Sami Sami got popular worldwide, South actress Rashmika Mandanna became well-known. Fans tried to recreate her hook steps on Instagram, making her dances a nationwide craze. Not just because of her dance skills, but also because of her acting, which earned her a warm reception in Bollywood when she made her debut with Goodbye. Rashmika Mandanna is one of our favorite artists, but what really grabs our attention is her equally excellent fashion sense. Whether it's for red-carpet appearances or movie marketing, the actor always looks fantastic. Her ethnic appearance proves that we can look to her for minimalist fashion ideas for the approaching wedding season. 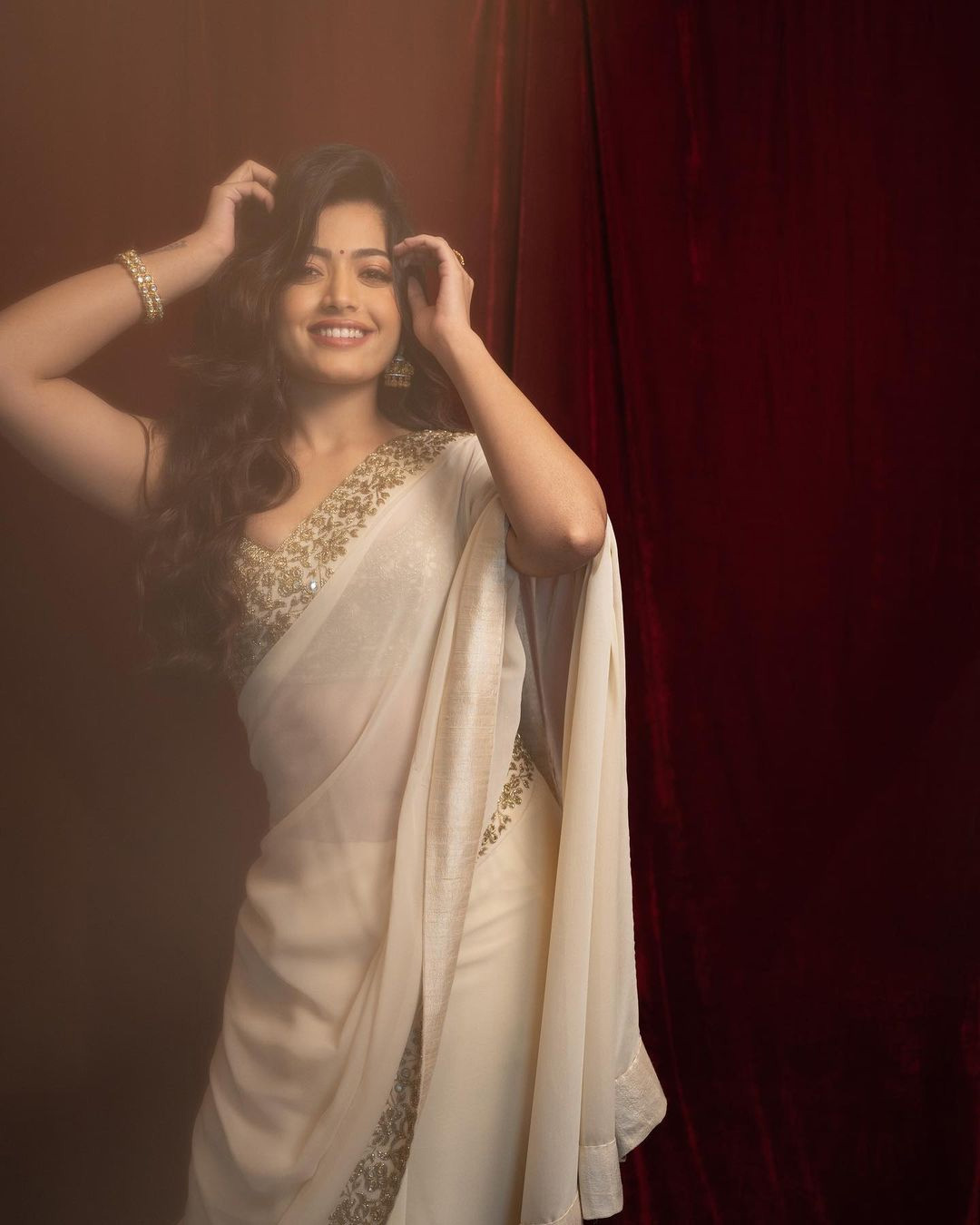 After a strong Bollywood debut with Goodbye, the diva is currently waiting for the release of Mission Majnu, her second Hindi production, which she is working on with Sidharth Malhotra. The espionage thriller film, which is based on actual events, is directed by Shantanu Bagchi. On January 20, 2023, Mission Majnu will make its Netflix debut. Rashmika Mandanna has a very fascinating lineup, including the family comedy Varisu, in which Thalapathy Vijay stars. She also has many interesting Bollywood films in the lineup.