✕
✕
Your rating
Note: Click on the rating number you want to give for this movie.
BollywoodMDB
⟩
Fashion & LifeStyle
⟩
Kiara Advani definitely amped up her fashion game in this green Hinnominate blazer

Kiara Advani is known for serving jaw-dropping looks. Her sense of fashion and the grace with which she carries her outfits is unmatchable. Be it traditional dresses, glittery gowns, sequin sarees, casual looks, or party fits, this girl does it all perfectly. Recently, Kiara Advani was observed proudly wearing her blazer babe title, and in our opinion, it appears outstanding.

The Jugjugg Jeeyo actress's jacket and its color fall under the category of "best," according to us, which might mean many different things. The movie crew hosted a party at their house last night, and it was the prettiest thing ever with embraces and grins that absolutely brightened up the room and pictures as well. The 30-year-old displayed a particularly stylish appearance while wearing a Hinnominate pastel green double-breasted blazer with notched lapels, buttons, triple pockets, and a single collar. She styled it over a white top or a spaghetti top like a cool star would. It was tucked inside Kiara's frayed-hemmed, high-waisted shorts. 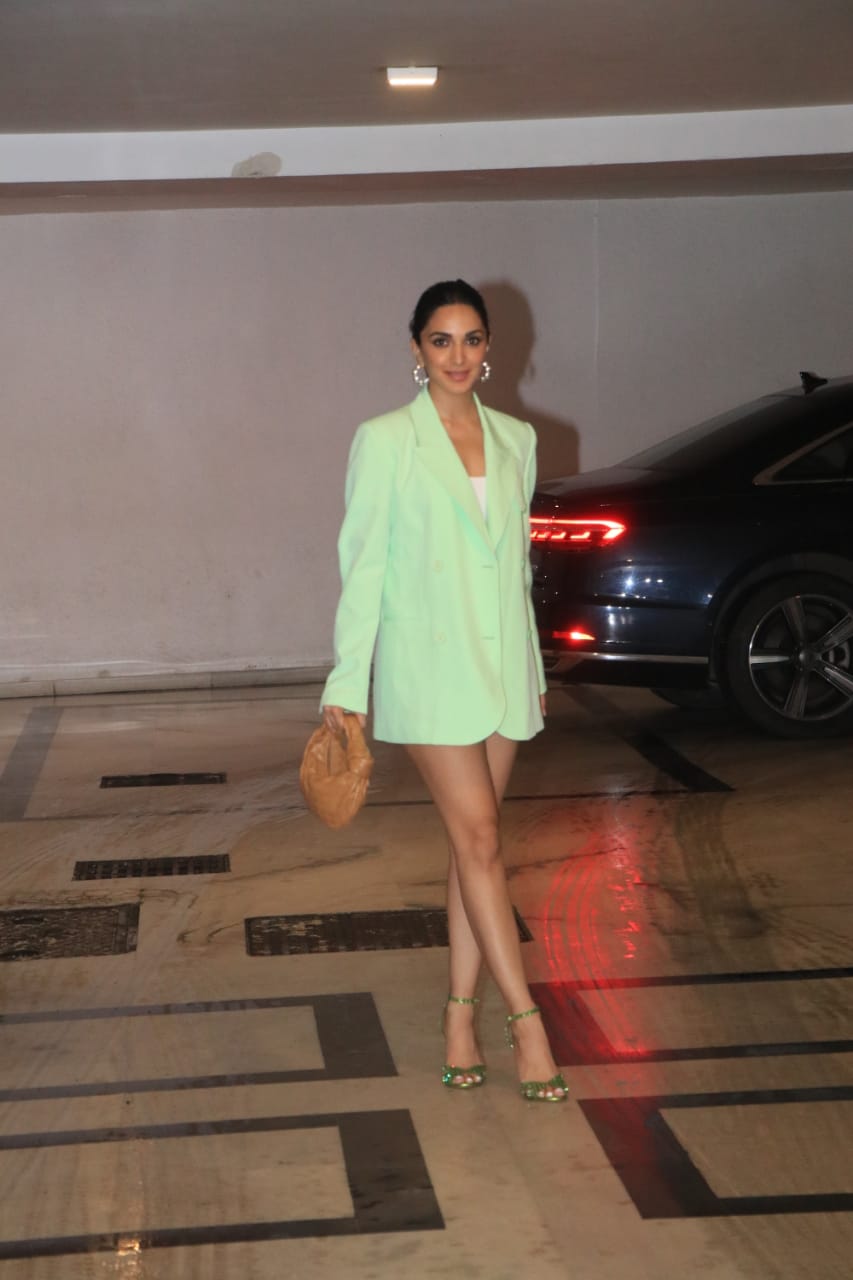 Kiara complemented her party outfit by accessorising it with chic pieces like the brown small Jodie bag from Bottega Veneta, which retails for about Rs. 15,000. Hoops and Aquazzura's green embroidered ankle-strap stilettos round out the list. The celebrity wore her hair in a pulled-back, twisted bun. Additionally, she had adorable pink lips, semi-dewy makeup, and winged eyeliner.

Kiara last featured in the blockbuster hit film Jugjugg Jeeyo alongside Varun Dhawan, Anil Kapoor, and Neetu Kapoor. In her forthcoming projects, she will star alongside Vicky Kaushal and Bhumi Pednekar in Govinda Naam Mera and Ram Charan in RC-15. The actress will also appear on Koffee with Karan 7 along with her Kabir Singh co-star Shahid Kapoor.