✕
✕
Your rating
Note: Click on the rating number you want to give for this movie.
BollywoodMDB
⟩
Fashion & LifeStyle
⟩
Kiara Advani has raised the temperature in a braless black outfit; Check out PICS Here!

Kiara Advani has raised the temperature in a braless black outfit; Check out PICS Here!

Kiara Advani has dressed in a braless outfit, looking similar to the western seductress. She has raised the temperature so high, looking stunning.

Actress Kiara Advani has no qualms about dressing like a diva and reaching up to cloud nine for her commercial films. She is one of the most popular actresses and beauties in Bollywood. Her upcoming film 'Govinda Naam Mera' proved why Kiara is popular as beauty has decked up in stunning outfits. In this film, she displayed her persona like never before. Kiara also brought all that outside of the films into the real world. Last night she attended an event and she turned the heads of people as she was decked up in stunning black attire and proved a clear view of her alluring curves. 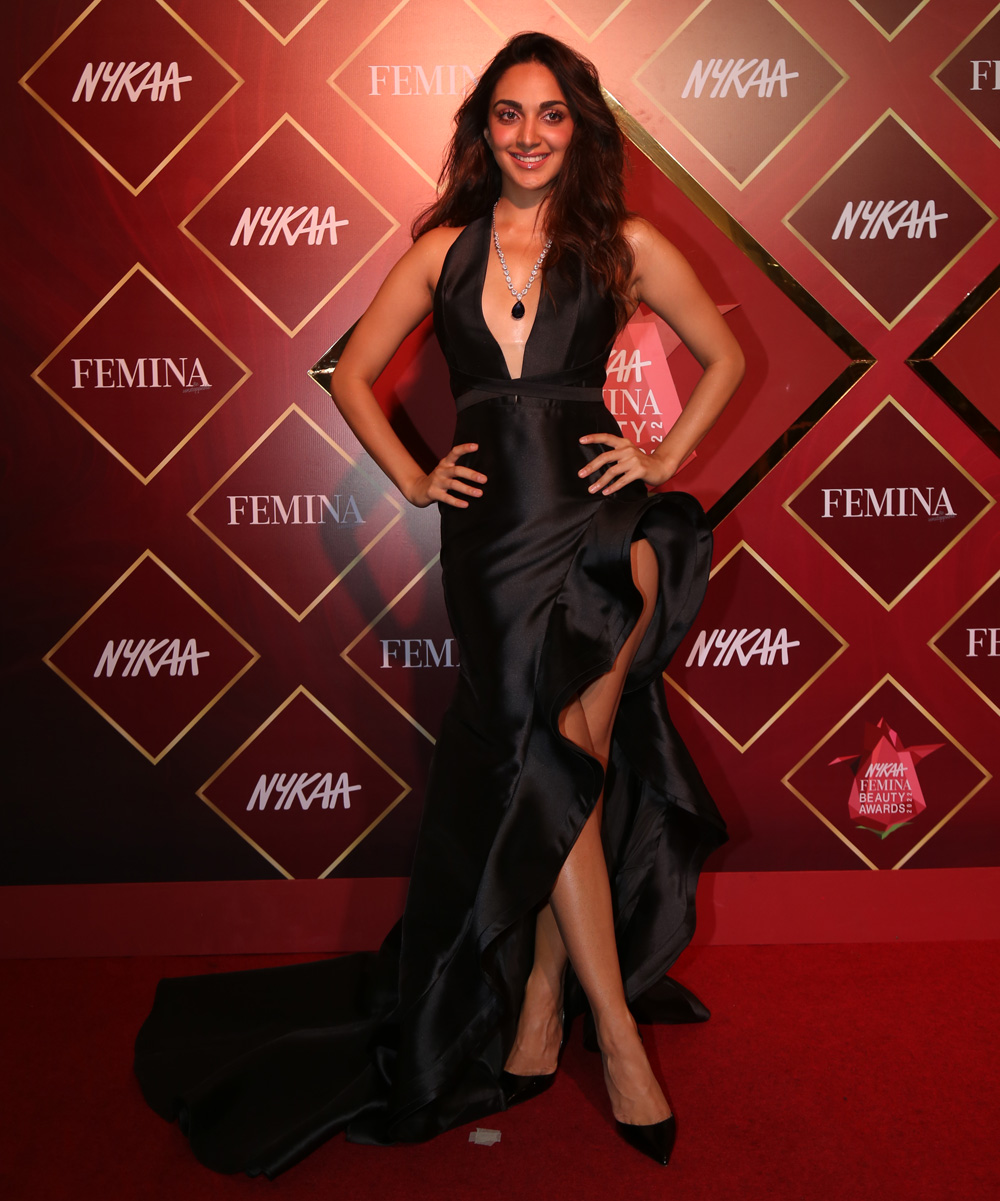 The brilliant actress decked up in a black gown with a plunging neckline and thigh-high slit. She has raised the temperature soaring with her hotness. She wore loose hair, centre-parted fluffy curves and stilettos. She has kept her hair in front. She opted for the diamond necklace with a statement blue stone in the centre, giving her a classy look. Her dress ruffled at the thigh clit, flaunting her slim-fit body. There are rumours about Kiara and Sidharth Malhotra getting married soon. Even though the rumours are spreading over the internet, the actress has given her fans a beautiful treat by being the centre of attraction at the event.