✕
✕
Your rating
Note: Click on the rating number you want to give for this movie.
BollywoodMDB
⟩
International News & Adda
⟩
After her #Iamsingle post, Selena Gomez holds Drew Taggart’s hands as she steps out for a date night

Selena Gomez seems to be having a romantic time with The Chainsmokers singer, Drew Taggart.

Drew Taggart from The Chainsmokers and Selena Gomez were seen holding hands on Saturday, January 21 in New York City. Although there have been rumours of a relationship between the two, Gomez recently emphasized in an Instagram Story that she was single. They reportedly went bowling on Tuesday and then went out for a romantic meal at Torrisi Bar & Restaurant in Soho on the weekend. This was supposedly their second date this week. You can see for yourself that they are together based on their PDA pictures.

Drew and Selena smile at the paps

In these photos, Selena is seen saying goodbye to Drew as he watches her go to her car while grinning at the photographers waiting nearby. Gomez wore a turtleneck, an enormous coat, and all-black clothing for their Saturday night out. Her hair was pulled back in a neat ponytail. Taggart wore baggy pants with white butterfly patches on the knees and a hoodie tucked under a bomber jacket for a casual appearance.

Selena and Drew’s past relationship

For some time now, Gomez has been formally single. Eve Jobs, an EDM musician, and the late Steve Jobs' daughter, and Taggart just called it quits some time ago. In addition, Meredith Mickelson, Haley Rowe, and Chantel Jeffries were romantically linked with him. 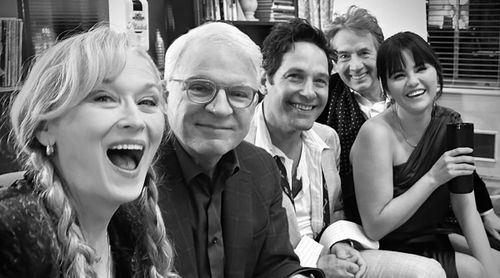