✕
✕
Your rating
Note: Click on the rating number you want to give for this movie.
BollywoodMDB
⟩
International News & Adda
⟩
Brendan Fraser REVEALS what he did to get in shape for George of the Jungle; here’s what he said

Brendan Fraser REVEALS what he did to get in shape for George of the Jungle; here’s what he said

In a recent interview, Brendan Fraser discussed how he had to starve himself to stay in shape for the 1997 smash hit "George of the Jungle."

Brendan Fraser is sharing how difficult it was for him to play one of his most well-known parts in his career as he looks back on the occasion. The actor said that he had to starve himself in order to stay in shape while discussing his role in the 1997 hit movie George of the Jungle.

In an interview with Adam Sandler that was part of Variety's annual Actors on Actors conversation, the actor who is making a comeback this year with Darren Aronofsky's The Whale discussed the demanding process of maintaining a rigorous physical condition.

HERE’S WHAT BRENDAN FRASER SHARED IN AN INTERVIEW

Brendan Fraser responded, "The clothing was there but there was no clothing... George wears a loincloth," when Adam Sandler questioned the actor about the process of getting in shape for the Tarzan-themed movie.

The Airheads costar then made fun of Brendan for being so physically fit for the part that he made the other actors feel bad while they were filming. "You shouldn't have treated us like that. You treated the character admirably. However, you mistreated us, dude. You diminished our self-esteem. Did you get any lube during "George"?" Adams words.

"I had waxing, lacking in carb! After work, I would drive home and pause to purchase a snack. I once went to the ATM because I wanted some cash but couldn't recall my PIN because something was wrong with my head. pounding on the object. I skipped dinner that night,” Brendan responded.

BRENDAN FRASER ON THE WORK FRONT

Brendan Fraser is most recognised for his roles as the lead in several hit films from the 1990s and the early 2000s. For his prominent role in the critically praised A24 film The Whale, which also stars Sadie Sink and Hong Chau, he just garnered raving reviews.

george of the jungle articles 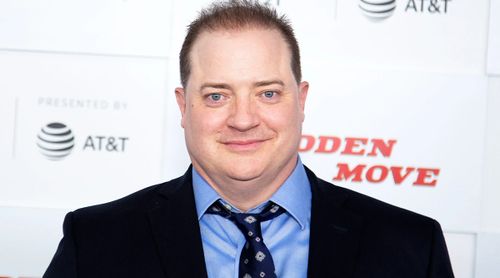 WHY DID Brendan Fraser express his gratitude towards British audiences for the Mummy film? Here’s what he REVEALED!