✕
✕
Your rating
Note: Click on the rating number you want to give for this movie.
BollywoodMDB
⟩
International News & Adda
⟩
Iman Vellani is popularly known as ‘Ms Marvel’ says she is not going to plan her future

Iman Vellani shared her honest thoughts when asked if she's got any plans for her Hollywood career post-playing Kamala Khan in Ms Marvel.

Iman Vellani as Kamala Khan in Ms. Marvel has been praised for her feisty performance. The 19-year-old actor came across a veteran in her debut. Recently the actor was asked about her career outside the world of MCU.

Iman Vellani was asked if she's got any plans for her career post-Ms Marvel. To this, Iman confessed, "Nope! I didn't even know I could do this. Ms Marvel came out of nowhere and so I decided I'm not going to plan my future. I'm just going to see where life takes me." She added, "If it's an indie thing then great, if it's Fast and Furious 29 then great. I don't know! I'm going with the flow here."

The highly-awaited MCU Phase 4 movie stars Brie Larson as Captain Marvel and Iman Vellani is surely a part of it. The Nia DaCosta directorial is slated for a July 28, 2023 release in the US. 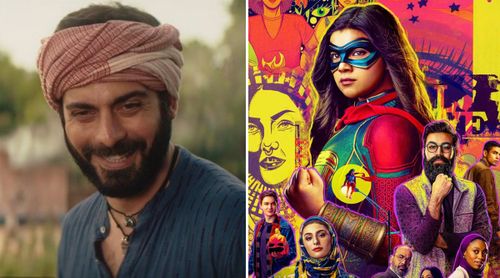 Iman Vellani is all glee after watching the trailer of her first ever show!