✕
✕
Your rating
Note: Click on the rating number you want to give for this movie.
BollywoodMDB
⟩
International News & Adda
⟩
In response to Hailey Bieber's shocking interview remarks, Selena Gomez talks about kindness

Hailey Bieber recently made an appearance on Alex Cooper's podcast Call Her Daddy, where she talked about her husband Justin Bieber's relationship with Selena Gomez in the past. Fans believe Selena has replied to the model's shocking claims about how she was never romantically engaged with Justin while he was dating Gomez.

Nearly a day after Hailey Bieber's words went viral, Selena Gomez recently broadcast live on TikTok. The Wolves singer was seen talking about kindness with her fans, even though she avoided explicitly addressing the news that surfaced after Hailey's interview.

Although Gomez never made a direct reference to Hailey or the interview, her live session statement that "words matter" was made in recent events has led some fans to believe that she did.

"And all I have to say is it's incredibly ironic that I would release something that is all about kind words because that's exactly what I want," Selena said in a statement to her fans. "If you support Rare, I cannot thank you enough but know that you also represent what it means, and that is words matter. Truly matter."

The singer said, "I just want all of you to know that I hope you understand that this is far greater than anything else, so have a wonderful rest of your day, and I appreciate all the love. Thank you."

ALSO READ - The most shocking details about Hailey Bieber's relationship with Justin Bieber, his alleged ‘stealing’ of Selena Gomez, and more

In a recent interview, Hailey also discussed the claim that she "stole" Justin from Selena and argued that it is simply fan-wishful thinking that specific individuals should end up together. The model also disclosed that she had spoken to Gomez following their nuptials. 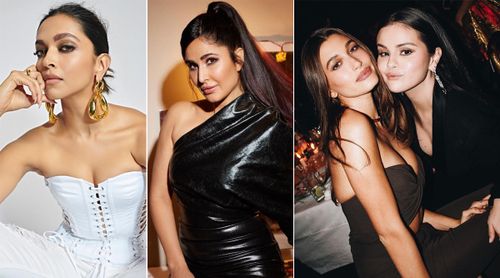