✕
✕
Your rating
Note: Click on the rating number you want to give for this movie.
BollywoodMDB
⟩
International News & Adda
⟩
In response to the assault on Salman Rushdie, author J.K. Rowling receives a death threat

In response to the assault on Salman Rushdie, author J.K. Rowling receives a death threat

The British author, who has recently been embroiled in her own scandals, was among those who were horrified and dismayed by the attack on Salman Rushdie.

A murder threat was sent to author J.K. Rowling after she condemned the attack on Salman Rushdie in a tweet. Rowling, 57, posted screenshots of the user's threat message on Twitter. In response to Rushdie's stabbing, the author of the Harry Potter series tweeted that she was really distressed and hoped the author would be okay.

"Don't worry. You are next," a user wrote in response. The Twitter account that threatened Rusdhie's life also supported Hadi Matar, the New Jersey attacker who stabbed him multiple times on Friday during a literary event in western New York.

Salman Rushdie was stabbed by Hadi Matar, who is said to have had ties to Iran's Islamic Revolutionary Guard Corps and Shia radicalism. He is currently on a ventilator, has a damaged liver, and may lose an eye. Police are looking into the motives for the incident, and Matar has now been charged with attempted second-degree murder and second-degree assault.

Many people were startled and disgusted by the attack on Rushdie, including the British author, who was lately mired in her own controversy over her stance on transgender people, which angered the LGBTQ+ community.

Since 1988, Rushdie's book The Satanic Verses has been banned in Iran because many Muslims regard it as obscene. Robbie Coltrane Death: Tom Felton and Emma Watson remember the Star of Harry Potter: There was never a better Hagrid J.K. Rowling On Skipping Harry Potter Reunion Special: 'Didn't want to do it' 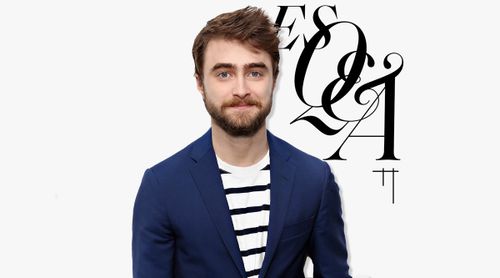 Daniel Radcliffe reveals his most embarrassing role; You will be shocked to know!