✕
✕
Your rating
Note: Click on the rating number you want to give for this movie.
BollywoodMDB
⟩
International News & Adda
⟩
Kim Kardashian makes her relationship with Pete Davidson Instagram official, drops West from her surname

After being deemed legally single in her divorce from Kanye West, Kim Kardashian makes her relationship with Pete Davidson official on Instagram.

Kim Kardashian has moved on with Saturday Night Live actor Pete Davidson after announcing her split from Kanye West in February 2021. The duo started dating sometime in 2021 after meeting on the set of Saturday Night Live. The Keeping Up With The Kardashians (2007) star made her relationship with boyfriend Pete Davidson Instagram official for the first time on Friday, posting pictures of the two together for the first time on the platform.

One of the pictures features Pate and Kim in a selfie. Pete lies down on the floor, his head resting on Kim's lap in the second one. Sharing the pictures on her Instagram handle, Kim captioned the post, "Whose car are we gonna take (sic)?!"

In October 2021, Kim and Pete were first linked after they were seen holding hands on an amusement park ride. In a February interview with "People (The TV Show!)," Davidson referred to Kardashian as his "girlfriend," and Kardashian first spoke publicly about her connection with Davidson in a March interview with Variety.

While Kardashian's family's upcoming reality series "The Kardashians," airing April 14 on Hulu, will examine the details of their relationship, Davidson himself will not appear on the show — at least not in the first season, according to the Variety interview.

In the midst of her ongoing divorce from Ye, formerly known as Kanye West, with whom she has four children, Kardashian was recently pronounced legally single. A judge approved her motion to dissolve her marriage prior to her divorce from Ye in March, resuming her single status and removing her ex-surname, husband's West. 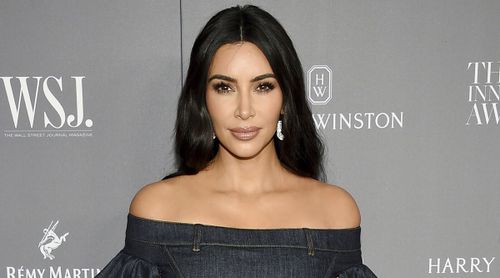