✕
✕
Your rating
Note: Click on the rating number you want to give for this movie.
BollywoodMDB
⟩
International News & Adda
⟩
Kravis Wedding: Daughter Alabama shares BTS snaps from the ceremony

Kourtney Kardashian and Travis Barker tie the knot at a historic Italian castle.

Finally, the trilogy nuptials of Kourtney Kardashian and Travis Barker’s wedding comes to an end. On Sunday, the duo tied the knot in a lavish Italian wedding ceremony in presence of their close friends and family.

In April, the couple got married in Las Vegas and later got legally married in Santa Barbara. The third time was a grand affair as the duo invited the industry A-listers to a historic castle in Portofino, Italy.

The groom's daughter Alabama shared some pictures from the wedding. And we could spot Alabama’s brother Landon and Barker’s step daughter Atiana De La Hoya attending the wedding.

While the bride's squad was at it too, the Kardashians and Jenners all flew to the country to witness Kourtney’s first time down the aisle. Her kids with ex Scott Disick Mason, 12, Penelope, 9, and Reign, 7, were also present at the ceremony. Though Scott wasn’t present as he was not invited to the ceremony.

Alabama shared a selfie on her IG story with the bride as they gave adorable pouts to the camera as well as posted a clip of the couple on the top of the aisle while they performed the rituals at their wedding. 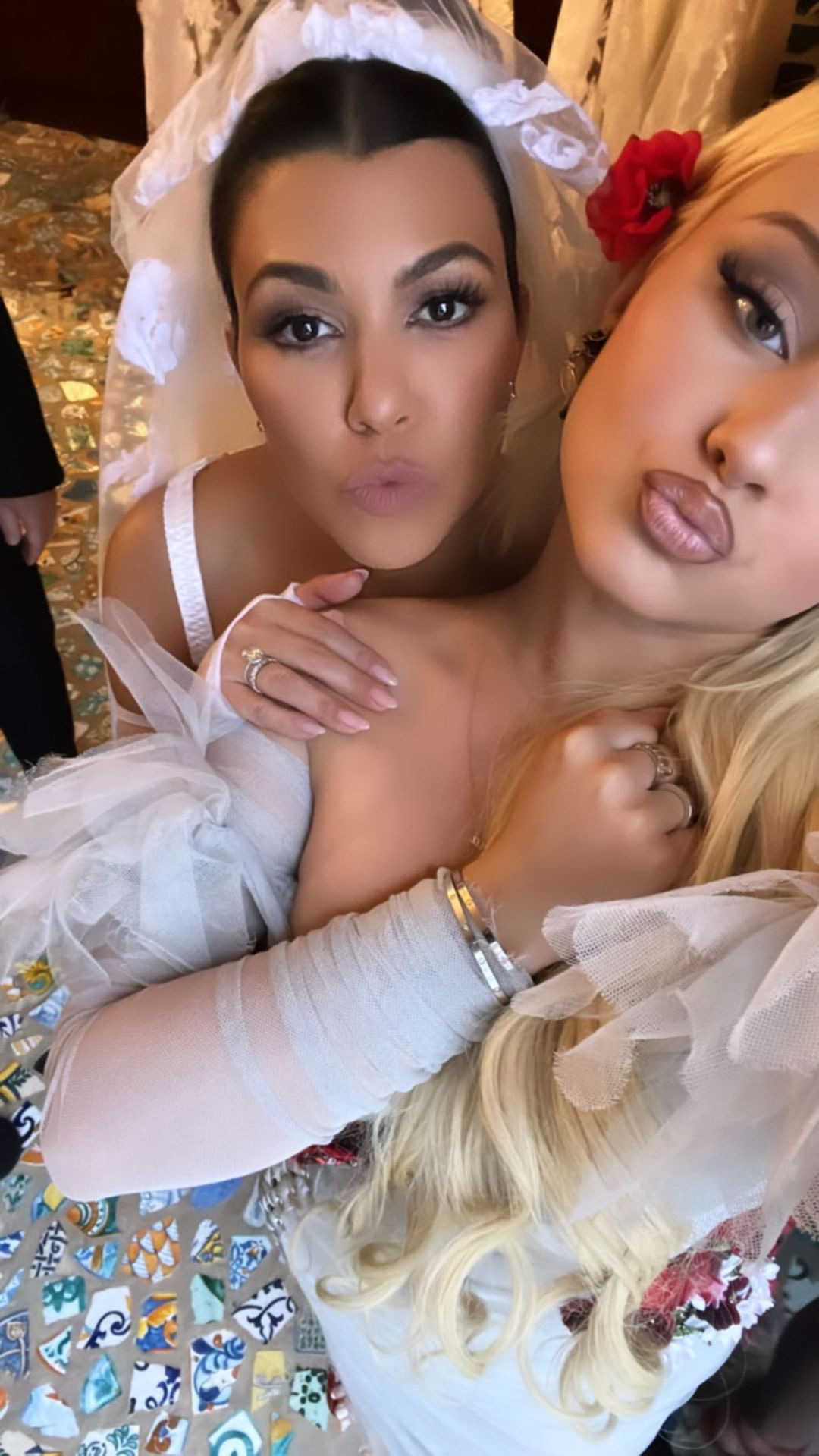 The happy couple took to their social media handles and shared a photo of themselves kissing at the altar, with the caption, "happily ever after." Travis Barker's birthday wish for his fiance will melt your heart: My everything Happy Birthday