✕
✕
Your rating
Note: Click on the rating number you want to give for this movie.
BollywoodMDB
⟩
International News & Adda
⟩
Netflix’s second BIGGEST documentary debut is? Click here to know!

After premiering last Thursday, the first three episodes of Harry and Meghan saw 81.55 million viewing hours, according to a statement from Netflix.

More people watched the Netflix Inc. documentary series about Prince Harry and his wife Meghan than any other documentary during its first week, the company reported on Tuesday.

According to a statement from Netflix, 81.55 million viewing hours have been logged for the first three episodes of Harry and Meghan since their debut last Thursday. At least a portion of the series was seen by more than 28 million households.

Prince Harry, Duke of Sussex, and Meghan, Duchess of Sussex, are the stars of the American documentary series Harry & Meghan, which is currently available on Netflix. The six-part series follows the couple's relationship from their early romance to their choice to resign as working members of the British royal family, as well as their post-retirement activities. Interviews with members of the family, friends, historians, and journalists are also included.

ABOUT HARRY AND MEGHAN EPISODES

The Duke and Duchess of Sussex made a number of revelations in the first three episodes, with Meghan recounting her first death threat and Harry discussing dressing up for their dates. The show has gotten conflicting reviews, and a noticeable response is also evident, particularly in the UK.

On Thursday, the second batch of Harry and Meghan episodes will be made available on Netflix. 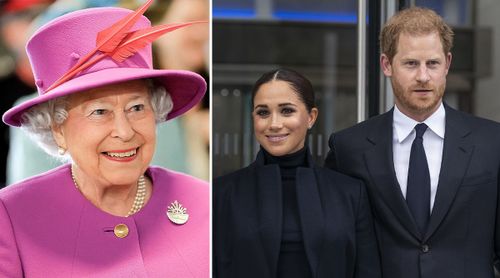