✕
✕
Your rating
Note: Click on the rating number you want to give for this movie.
BollywoodMDB
⟩
International News & Adda
⟩
Star-Lord reveals his ‘ideal’ Christmas present in the Guardians of the Galaxy holiday special trailer

Recently, the Guardians of the Galaxy Holiday Special trailer was released, and it seems to be a beautiful journey as the group tries to make Star-Lord smile at Christmas.

The concept of The Guardians of the Galaxy Holiday Special is endearing, and the first teaser for the upcoming movie is sufficient to convince you that it will be a joyride.

The picture brings the crew together for a never-before-seen adventure. It stars Chris Pratt as Star-Lord, Dave Bautista as Drax, Karen Gillan as Nebula, Pom Klementieff as Mantis, Bradley Cooper as Rocket, and Vin Diesel as Groot.

The "perfect gift" is Kevin Bacon.

Kevin Bacon, who will star in the movie as himself and who also happens to be the ideal present that Drax and Mantis want to give Star-Lord for Christmas, makes a cameo appearance in the video. Given that actor Kevin Bacon's performance in the dance-focused film Footloose is revered by Star-Lord (Pratt), Bacon is the first person Drax considers when he wants to cheer up Star-Lord who is lamenting the loss of Gamora (Zoe Saldana). Mantis and Drax are seen breaking into Bacon's house in the video.

Guardians of the Galaxy Vol. 3

The Guardians of the Galaxy Holiday Special, which will air soon, will be the MCU's offering just a few weeks after Black Panther: Wakanda Forever hits theatres.

the guardians of the galaxy articles 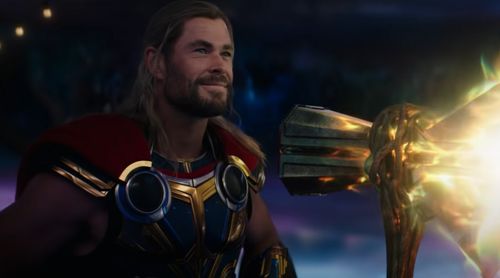