✕
✕
Your rating
Note: Click on the rating number you want to give for this movie.
BollywoodMDB
⟩
International News & Adda
⟩
Unbelievable!!! Robert Pattinson ate 'only potatoes' for two weeks to detox and lose weight

A UK-based daily has reported that Twilight star Robert Pattinson, in a bid to lose weight and detoxification, ate only potatoes for two week.

The actor, who claims that he never struggled with his body image admitted to trying various “fad” diets and opted for this unbelievable detox by going on a diet strictly featuring only potatoes.

"I once ate nothing but potatoes for two weeks as part of a detox. Just boiled potatoes and Himalayan pink salt. Apparently, it is a cleanse… you definitely lose weight by doing so," said Pattinson.

Pattinson said questions about his workout regime are 'embarassing' for him

Speaking about the pressure on male actors to look a certain way, Robert states that the whole thing just appears crazy. He also said that this may even lead to extraordinary addiction to health consciousness and diet.

When asked about his own workout and fitness regime, the actor sheepishly said that he finds it very embarrassing to talk about workout. "Because there is always going to be a guy who js in better shape than you," he added.

Pattinson's next release is 'Mickey 7', which will release in 2024

The 36-year-old British actor, who is currently dating British actress Suki Waterhouse since 2018, has committed to star in Bong Joon-Ho's upcoming science-fiction film 'Mickey 17' (2024), based on Edward Ashton's novel Mickey 7.

Besides, he is all set to return as Bruce Wayne/Batman in the sequel of his 2022 superhero film, helmed by Matt Revees again. Robert Pattinson and girlfriend Suki Waterhouse have FINALLY made their red carpet debut as a couple; See pictures! 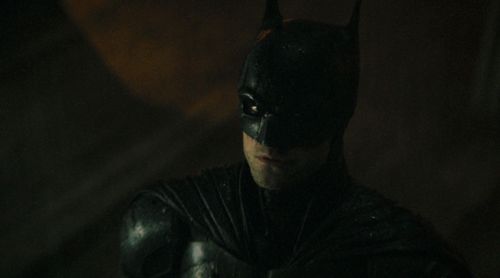