Arshad Warsi Interview: Doing comedy is not an easy thing!

One of the most popular comic actors of Bollywood, Arshad Warsi talks about Golmaal Again and much more.

Actor Arshad Warsi needs to introduction! He is one of the finest gems of Indian cinema especially when it comes to doing rib-tickling comedies with nonpareil perfection. The actor, who was last seen in Irada, is gearing up for the release of his next Golmaal Again, which happens to be the fourth instalment of the successful Hindi film franchise, Golmaal. In an interaction with BollywoodMDB correspondent, Mohnish Singh, Arshad talks about Golmaal Again, his co-stars Tabu and Parineeti and his favourite comedy films.

Q. How was it to reunite with the team of Golmaal?

A. I am sharing an experience with you. I have some friends. Most of the times, we don’t get to meet each other. We don’t even call each other many times. But when we meet, there is no problem and everything is fine. Guys are like that only. But with girls, things are different. Girls like keeping in touch. If you don’t keep in touch, she will be like, ‘if she is not keeping in touch with me, why should I?’

So, when I met everyone on the set of Golmaal Again, it was like we had shot for the previous film just yesterday. It didn’t feel at all that the last Golmaal film came 7 years ago. We just came, shot the film and had a lot of fun.

Q. So, Madhav will be the same in this film also or there will be some changes in his personality?

A. He is the same. I am, I guess, the only one who doesn’t have any quirk in the film. Others have some kind of weirdness to do. I don’t have any regular weirdness. I am just mischievous in the film, who keeps troubling Gopal and his gang.

Q. I think it is very easy for you to portray a character like Madhav because in real life you are very funky and carefree.

A. I think it is very good to have a good sense of humour. But doing comedy is not an easy thing. It tires you; it exhausts you. At times, it is over the top. So, it is not easy. And it can never get easy.

Q. How do you manage to do serious films like Irada and comic-capers like Golmaal at the same time?

A. I can shoot for Irada and change my shirt and do Golmaal, same day, same time, without any problem.

Q. You have two iconic characters of Circuit and Madhav who have kind of set a benchmark when it comes to the comedy genre. Which one is your most favourite character?

A. Let me tell you very honestly which character I like the most! I like Babban from the film Ishqiya. I think that guy rocks. I love that character. I loved playing him on the screen. I liked Jolly also. These two characters are my favourite.

Q. You have been a part of many comedy films in your career. So, when a new comic role comes to you, do you feel it is easy for you to do it because you have a hold over the genre?

Q. What are your favourite comedies?

A. The first comedy film that I watched long back was a film called Chasme Baddoor. I thought it was a very funny film. That was the first comedy film which I watched and enjoyed thoroughly. Besides that, I thought the first part of Golmaal 3 by far was the funniest film that I had ever seen. It was hilarious. I liked Munna Bhai M.B.B.S after I did it and watched it after eight months or so. When I saw it I thought it was really a fun film.

Q. Tabu and Parineeti are the newest additions to the Golmaal franchise. How was it to work with them?

A. Very nice! I have known Tabu for much longer. It was lovely to work with her in Golmaal Again. My first comment for her was, ‘What are you doing here? There is nothing for you to do here’. But I am glad she was a part of the film. It was superb working with her. Parineeti, on the other hand, was the person that I met and interacted with on the sets of the film. And I am so happy she was there. She is such a sweetheart. She is a lovely personality, happy and full of life. I am so glad that we had two lovely ladies on the sets, who are sorted in their heads. 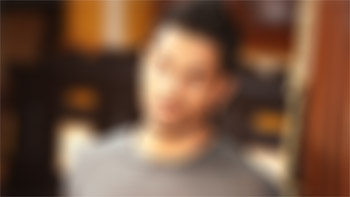