Danish Aslam Interview: The myth of only large-scale movies with elaborate star casts being viable box-office propositions is imploding in slow-motion!

Believe it or not, but the emergence of the digital medium in the past few years has breathed new life into stories which generally remain untold in mainstream movies and TV. Not just new and independent filmmakers, many established names are also taking advantage of the Internet to produce content that is both engaging and entertaining. One such filmmaker is Danish Aslam, who is coming up with his new web-series Time Out to be streamed on VOOT. In an exclusive interview with BollywoodMDB, the talented filmmaker opens up about his web-series, actors Tahir Raj Bhasin and Sara Jane Dias, the growth of web content in India and much more.

Q. How did you come about casting Sarah Jane Dias team and Tahir Raj Bhasin in Time Out? It seems to be a very unusual pairing?

A. The digital medium gives you the latitude to do things that even movies don’t, one of which is casting people purely on the basis of how suited they are to the role. In this case, they both just fit the characters I had in my head to the T. With Tahir, there was also the added benefit of casting against type since he’d mainly been recognized for his negative roles till then. That’s always fun to play around with. And no, I didn’t consider anyone else for his role. For Sarah’s character, we auditioned a couple of people but she was simply too good in her test for me to consider looking further.

Q. As a filmmaker, do you think that both actors have done full justice to their characters?

A. Tahir & Sarah included, are a) young and b) certifiably insane. Which made the long night shifts a lot more fun than I thought they’d be and, hopefully, that energy has translated on screen as well.

Q. The digital medium has witnessed an unprecedented growth in last few years. A lot of Bollywood filmmakers are venturing into this space. How do you see this change which is happening as far as consumption of entertainment is concerned in India?

A. The joy of emerging technologies in the world of entertainment is that there has been a softening of borders between mediums. TV shows have overtaken movies in America, both in terms of budgets (in some cases) & content (in most). Similarly, here too, the digital medium is a great outlet for storytellers to manufacture content that they wouldn’t be able to otherwise without a “star” or other such criteria. Take my previous show with Voot, for example (It’s Not That Simple): it’s about a woman in a dead-end marriage with a child who decides to have an affair with one of two exes from college. Now imagine, the pitch meeting for this is in a movie producer’s/studio’s office. Unless I had Deepika playing the lead, I’d be thrown out before I finished the logline. But in the digital medium, you can tell this story. And you can do it over multiple episodes and flesh it out just the way you’d like to, with actors of your choice. The only limitation so far is that this medium needs an infrastructural backbone i.e., broadband/4G connectivity which, so far, is mainly limited to some urban centres. And if we want to be as pervasive as TV (because I believe the viewers are there) then that is the only thing throttling growth right now.

Q. Do you think that the almost free availability of entertainment on the internet can pose a serious threat to the culture of movie watching in theatres in India?

A. Not at all. It’s like what happened when TV started becoming popular (yes, I’m from the generation!). Radio was supposed to be dead & buried. But it survived. And evolved. And now we have things like Beats 1 & podcasts, let alone traditional FM. So I think movie making and watching will also evolve, but I don’t think it’s a threat. It’s a challenge. And one that’s needed to keep everybody on their toes!

Q. When will Timeout begin streaming?

A. Time Out will start streaming on VOOT by 28th November

Q. What does it make different from other web-series which have come out recently?

A. I find that question very strange whenever it’s asked. What does any show/movie have that’s different? A good story with a talented cast and that engages you. Apart from that, what are you selling? “We have giant robots battling each other! Come and see!” Or “Watch this because there are lots of naked people in it!” Will that work for you? Now that’s one thing there’s more than enough “free availability” of online....you don’t need to sell your show using that!

Q. You made your directorial debut with the movie Break Ke Baad, which hit screens in 2010. What kept you away from films for so long?

A lack of choice in the matter. I have been involved in 3 projects over the last few years - 1 with UTV and 2 with Balaji and in the case of the latter, we had started prep as well but unfortunately, they all got canned due to a variety of reasons. I’ve signed one more now; here’s hoping it pans out!

Q. Was it a difficult phase of your career after your debut film didn’t do well at the box office?

A. Not as much as I thought it would, funnily. Like I said, I was always on the verge of making another movie so I never felt like I was utterly jobless. And then I started doing some TV - which was an education in itself on how to shoot with limited budgets and timelines - and then digital, which is excellent for filmmakers who’ve been trying to tell stories unfettered. So, there really hasn’t been that much time to feel the difficulty, apart from the occasional late-night coffee at Starbucks while you stare at 3 scripts that you’ve written and wonder if they’ll ever see the light of day.

Q. How do you think the business of moviemaking has changed in the last few years?

A. Well, for one, the accessibility of the medium has increased exponentially. Oscar-nominated movies have been shot in iPhones, so anybody with a phone now is legitimately a filmmaker if they choose to be. Secondly, I think the myth of only large-scale movies with elaborate star casts being viable box-office propositions is imploding in slow-motion. A good story works and if you make it on a reasonable budget, you can recover your investment many times over. Similarly, a fancy star cast and three radio-friendly hits (including one customary “club song”) are no guarantee of success. 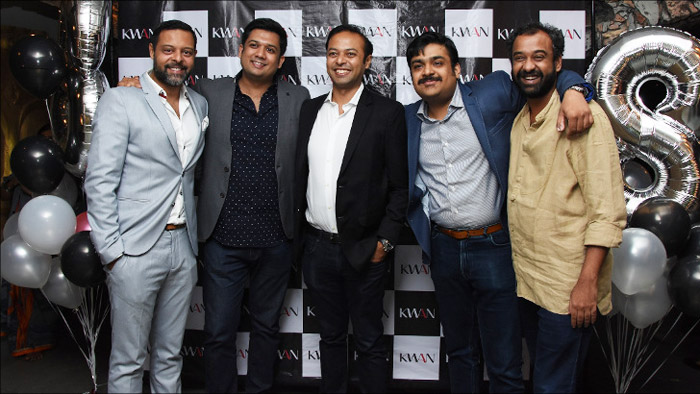