Login with Facebook Login with Google Login with Twitter
Home
⟩
News
⟩
A web series on the novel ‘The Men Who Killed Gandhi’ in the works!

A web series on the novel ‘The Men Who Killed Gandhi’ in the works!

Rajesh Mapuskar is planning a digital series on Manohar Malgaonkar’s book ‘The Men Who Killed Gandhi’.

Written by Manohar Malgaonkar, the book ‘The Men Who Killed Gandhi’ was first published in 1978 and was in the news for its controversial subject. Director Rajesh Mapuskar of ‘Ventilator’ fame is all set to make a web series based on the book. Mapuskar, who won the National Award for best director for his Marathi movie ‘Ventilator’, is keen to work on the series and has said that it fascinates him anything related to history.

When asked about the project, Rajesh Mapuskar said, “History fascinates me. I got immersed in this huge slice of history, Bapu, when I worked on ‘Lage Raho Munnabhai’. Twelve years after that, Vikram came to me with the proposal to make ‘The Men Who Killed Gandhi’, I didn’t hesitate and immediately said yes! I was getting the chance to work on a project about Bapu and to investigate and understand ‘the other side’ of things. I hope I can do justice to the project. I am very excited.”

The series will be produced Abundantia Entertainment which has acquired the rights to Malgaonkar’s book. It is also said that Abundantia plans to adapt the book into a multi-season, original digital series.

Apart from ‘Ventilator’, Mapuskar has directed ‘Ferrari Ki Sawaari’ and was an associate director to both the ‘Munna Bhai’ movies. As the web world is now attracting directors, our expectations are high as this series would showcase the assassination of Mahatma Gandhi. Priyanka Chopra will be producing a web series! 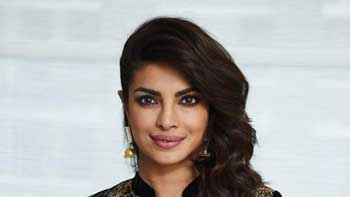