Login with Facebook Login with Google Login with Twitter
Home
⟩
News
⟩
Adnan Sami to make his acting debut with Afghan - In Search Of A Home!

Adnan Sami’s long-time associates Radhika Rao & Vinay Sapru will be direct Afghan - In Search Of A Home, a heart-warming tale!

Although it is most of the misses rather than hits when it comes to singers trying their hands on an inning as an actor. Now, singer and composer, Adnan Sami, is all set to debut in his acting venture, Afghan – In Search Of A Home, which will be directed by director duo Radhika Rao and Vinay Sapru, with whom he worked before in many music videos. And Adnan himself debut as music composer in Lucky-No time for love, which was directed by this director duo. And as per the first impression of Adnan’s first look goes, he looks convincingly capable of pulling such intricate character.

Apparently, Adnan Sami literally had Goosebumps when both directors pitched storyline, as he was quite reminiscent of rubabs and dholaks, Invisible boundaries and displaced homes. The story of Afghan – In Search Of A Home is about a musician refugee from Afghanistan, who flees his country of birth under chaotic circumstances to make a very long and difficult walk towards discovering an identity and also a home. It would also suppose to be a heartfelt comment on current refugee crisis world been facing in the eyes of a struggling to hustle musician. Although most of the films Radhika Rao and Vinay Sapru have directed have a soft, mellow yet emotionally potent storyline and it would be interesting to see how they both deal with such a delicate and narratively complex subject.

Considering, the role finalisation process of this film is in pre-productions and rest of the casting is yet to be decided. BollywoodMDB will keep you posted on every update about Afghan – In Search Of A Home! Adnan Sami opens up about his debut film Afghan! 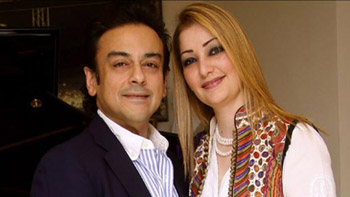