The multi-starrer film, which marks the entry of Viu, the leading international OTT Video Service, into films, was shot inside an airplane.

Directed Akarsh Khurana completed the shoot for his debut film High Jack within a short period of just 30 days. Spokesperson of the film shares, "Since the film is about a flight being hijacked it was shot in multiple locations. The entire crew kept traveling for a month in cities like Mumbai, Aurangabad, Gujarat, Delhi and Madh Island". The film was shot 3 days each in Mumbai, Aurangabad, and Gujarat respectively, followed by a 4-day schedule in Madh Island and a 20-day long schedule in Delhi.

Since most of the shoot was inside an airplane it became quite grueling. But Akash Khurana successfully completed all the schedules of the film on time and the film was shot just in 30 days.

The trailer of the film was released recently and it got a favorable response from the audience. The film stars an ensemble cast featuring Sumeet Vyas, Sonnalli Sehgal, Mantra, Sarthak Kakar, Kumud Mishra, Radhika Bangia, Priyanshu Painyuli and Adhaar Khurana.

Produced by Phantom Films in association with Viu, High Jack directed by Akarsh Khurana is slated to release on 20th April, 2018. 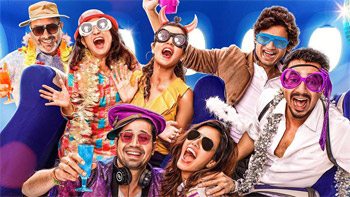