Arjun Kapoor will play the lead in '2 States'

Speculations were being made as to who would be playing the lead in Karan Johar and Sajid Nadiadwala's ‘2 States’, which is a film adaptation of Chetan Bhagat’s novel.

Speculations were being made as to who would be playing the lead in Karan Johar and Sajid Nadiadwala's '2 States', which is a film adaptation of Chetan Bhagat's novel. At last speculations have come to an end with the announcement of the name of the 'Ishaqzaade' fame Arjun Kapoor.

Yes, according to the latest report, Arjun Kapoor will be playing the lead role in '2 States' film adaptation being produced by Sajid Nadiadwala and Karan Johar. The film is to be directed by the debutante Abhishek Varman, who is the son of the veteran art director R. Verman. The leading lady of the film is yet to be finalized. The film is expected to go on the floors by the end of this year.

Sajid Nadiadwala has confirmed the news of Arjun Kapoor being roped in for the lead role and was quoted saying, "I have known Arjun since the time he weighed 140 kgs. He is now a cool dude who has turned out to be a good actor and a heartthrob for millions. He is the perfect hero.''

Filmmaker Karan Johar has said: "Arjun is wonderful and a supremely talented addition to the young bracket of actors in the movie industry. Both Sajid and I have implicit faith in his portrayal of our protagonist.''

Initially, actors like Shah Rukh Khan, Imran Khan and Ranbir Kapoor had also been considered for the lead role in '2 States' adaptation but due to some reasons or the other, it was Arjun Kapoor who got the role. 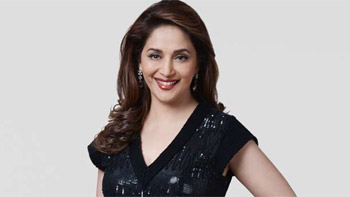