In the film Suzanna will be playing a sports journalist role. And she would be dressed according to contemporary fashion. She portrays outspoken Bengali girl who aspires to be a writer.

Let see, will she be able to recreate the sizzling chemistry with Barun Sobti on big screen, as he had it with Sanaya Irani on small screen.

The film's music is composed by Salim Merchant-Sulaiman Merchant. 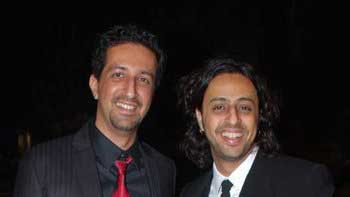