According to sources, the film is loosely inspired by the Amitabh Bachchan, Vinod Khanna and Rishi Kapoor starrer Amar Akbar Anthony.

Veteran actor and filmmaker Randhir Kapoor, who was last seen in the Rekha starrer Super Nani (2014), is all set to return to the silver screen once again. According to our reliable sources, the actor is currently shooting for his comeback film called Pyaar Mein Golmaal. Directed by Anup Bhattacharya, the film is being shot at Jaipur and Mumbai. Interestingly, Randhir Kapoor is playing a triple role in the movie.

A source close to the development informs us, “Pyaar Mein Golmaal is a comic-caper where senior actor Randhir Kapoor plays a triple role. The film is a little bit inspired by Manmohan Desai’s cult movie Amar Akbar Anthony. Like Amar Akbar Anthony, where all three characters were raised by the families of different faiths – Hinduism, Islam and Christianity, in Pyaar Mein Golmaal, too, all three characters, played by Randhir, belong to different faiths. Randhir’s Hindu character will be a Mumbai Police constable, Muslim character runs a dhaba and Christian one is a Don.”

The source also added, “Besides Randhir Kapoor, the film will feature six debutants – 3 boys and 3 girls.”

Well, this sounds to be an interesting project. Keep visiting this space for more such stories from Bollywood. The Society Achievers Awards 2018 honours Rohit Shetty with "A Director with a Difference" award! 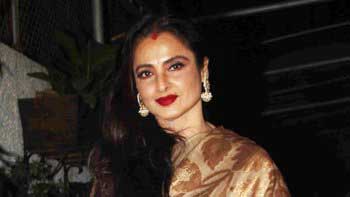 Rekha to be honoured with Yash Chopra Memorial Award