Login with Facebook Login with Google Login with Twitter
Home
⟩
News
⟩
Details: Prabhu Deva and Tamannaah Bhatia Khamoshi to be shot in 8K and would be a Trilingual film!

Details: Prabhu Deva and Tamannaah Bhatia Khamoshi to be shot in 8K and would be a Trilingual film!

Bollywood has always being curious about technological advancement in filmmaking and even see ditching traditional filmmaking to new age digital technology. As now even in the advancement in home entertainment set-ups, which also become a queue for Bollywood to keep up with it and apparently Bollywood decided to do so. And producer Vashu Bhagnani decided to shoot his upcoming tri-lingual film Khamoshi entirely in 8K video resolutions, which would be directed by Chakri Toleti, who before worked in Tamil films. Earlier before, most of the film projects have been shot in max up to 2K or 4K, and it is a really good decision to up the ante. About casting, Prabhu Deva will remain the same, whereas for Hindi version Tamannaah and for other versions Nayanthara and Bhoomi Chawala will be featured. The film would be a thriller where the female lead would play the role of a deaf and mute, the backdrop would be of London. Apparently, the decision to upgrade video resolution is to accentuate the visual detailing in the shot, and since it will be a thriller, the enhanced technical aspect would improve the storytelling style. And to perfect the technical aspect really sound, Bhagnani also hired an international crew right from the action director Stephen Richard to sound designer Valerio Cereni!

Although the film is in the pre-production phase and no much news about its storyline or about the London schedule has been revealed, for every news and updates you can rely on BollywoodMDB. 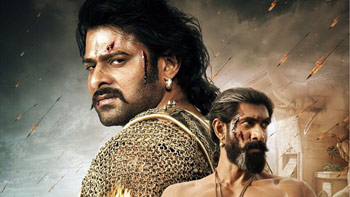