Dilip Kumar's ancestral house in Peshawar will be converted to a living museum, to flash his prosperous life for public

On his 92nd birthday, legendary actor Dilip Kumar was discharged from the hospital. After thanking his fans for their well-wishes, he and his wife Saira Banu headed to his ancestral house in Peshawar, Pakistan. Tourism Corporation Khyber Pakhtunkhwa collaborated with Cultural Heritage Council and Peshawar Press Club celebrated the superstar's big day with his fanfare, where they also made the announcement of transforming his ancestral house into a living museum.

Dilip Kumar was born on December 11, 1922 in Mohallah Khudada near Qissa Khwani Bazaar of Peshawar in a merchant family. In 1930s, he relocated himself to Maharashtra, India where he used to work as a canteen owner and dry fruit supplier. Until, actress Devika Rani spotted him and decided to cast him in film 'Jwar Bhata'. All his vivid memories and achievements of his prosperous life will be charted for public at his ancestral house. 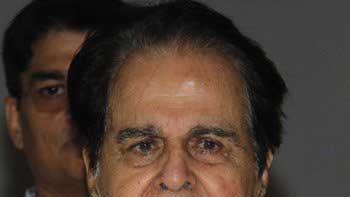