Diljit Dosanjh records a melodious song written by Gulzar for his film Soorma!

I have sung a song in Soorma, written by Gulzar Saab, Diljit Dosanjh.

Punjabi singer, actor and television personality, Diljit Dosanjh, has now become one of the most loved actors of Bollywood. He has acted in limited movies but he is no doubt an established singer. We all know he is a genius when it comes to Punjabi songs, but he has also impressed us with his Hindi songs such as Ikk Kuddi from Udta Punjab, Move your Lakk from Noor and Raula from Jab Harry Met Sejal. And now, he has recorded a soothing song from his upcoming film Soorma and the lyrics for the same are penned by Academy Award-winning lyricist, Gulzar. The film’s music has been composed by Shankar-Ehsaan-Loy.

An excited Diljit spoke to a leading portal about the collaboration, calling it a dream come true. “I have sung a song in Soorma, written by Gulzar Saab. I had never thought I would sing a song, penned by him. He is a fantastic poet. I don’t think I would have ever got an opportunity to sing a song written by him, had I not been working in films. So, I am very happy. Let’s see how people react when it releases.”

The film also stars Taapsee Pannu and Angad Bedi and it is scheduled to release on 29th June 2018. 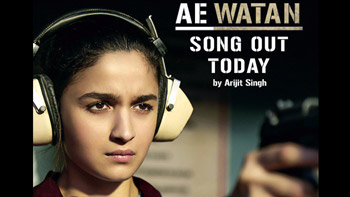