'Delhi Belly' director Abhinay Deo is at present busy with his ongoing project, television serial '24' anchored by Anil Kapoor. The latest news said that the intelligent director Abhinay Deo has bagged the esteemed Spikes Asia 2013 Awards. Deo has won six awards in total; a Gold, four Silvers and one Bronze. The categories for which the director was conferred with the awards, include Best Direction, Best Editing, Best Music, Best Sound Design, Best Art Direction and Best Cinematography.

Abhinay Deo expressed his happiness by stating that he was delighted to see Bollywood's work being appreciated. He also said that he has been lucky to win the presigious awards like Spikes Asia and Cannes for back-to-back two years. Being qualified as an architect, Deo priorly worked in a leading advertising agency. At that time, he was the mastermind behind several creative advertisements. Over 450 television commercials were produced by Abhinay's production house, Ramesh Deo Production Pvt Ltd that commenced in the year 2000.

The renowned persona Abhinay Deo had also been winner of awards like Rapa, Abby, London International, Stevie and Apollo awards and the list goes on. Nice to see one more feather in the hat of the ace director. Taapsee Pannu heads back to the court, here's why! 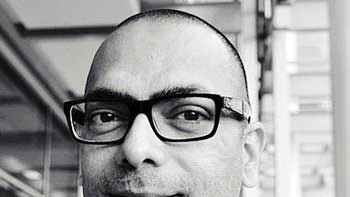