The director Prem Soni is now going to act in the sequel of 1975 release 'Rafoo Chakkar'. Soni is about to play the role, which was essayed by Rishi Kapoor in the original.

'Main Aur Mrs Khanna' featuring Salman Khan and Kareena Kapoor and 'Ishkq In Paris' starring Preity Zinta, were some of his directorial ventures and now, the director Prem Soni is reportedly going to turn actor.

If the reports are to be believed, 1975 release 'Rafoo Chakkar' that starred Neetu Singh and Rishi Kapoor, is expected to come up with its sequel. As of now, the sequel is titled as 'Laila Majnu'. In this flick, the director Soni is about to play the role essayed by Rishi Kapoor in the original, as per the reports.

Soni attested the news update by saying that "I've been training for the last six months and have lost around 12 kilos. The acting offer came as a surprise, but I've decided to take on the challenge," Talking about portraying the role play by Kapoor in the original, the director Soni said that "I'm scared as hell, but since my heart is in this project, I'm sure I will pull it off," The female lead of the film is yet to decide. The sequel is about to hit the floor in July. 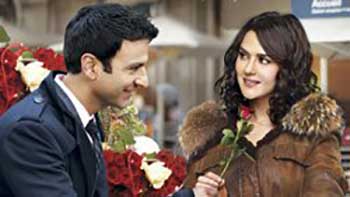