Pakistani actor Fawad Khan earned huge fan following in India after his debut Bollywood film 'Khoobsurat'. Many filmmakers are waiting to sign Fawad for their films. Reportedly, Fawad Khan is on the cover of Filmfare and the actor seems to be all set to win the hearts with his dapper look in black and white picture. Fawad is wearing a tailored fit suit that is razor sharp and the apt shadows on his cheekbones along with messed up hair steal the show.

Filmfare has a cover story by the name Fawad Khan: The Cross Border Turk who's giving our heroes sleepless nights. Filmfare shared this cover photo on its official Twitter handle. It seems the handsome hunk is geared up to create waves in town with his killer, stylish look! 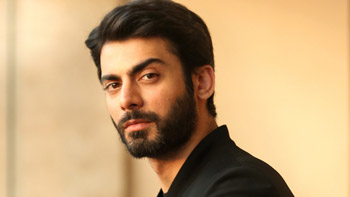 Koffee With Karan: Fawad Khan to be the first guest on the new season of the show! Details unveiled: Fawad-Katrina to feature in Dharma Productions' next!